Home Regions Europe An UNDERWATER TUNNEL between Scotland and Northern Ireland: UK tries not to...

The British Prime Minister proposes a new project: an underwater tunnel linking Scotland to Northern Ireland. The aim is to speed up trade and strengthen connections within the United Kingdom, which, post-Brexit does not seem as united as it once was. How was this proposal received?

An UNDERWATER TUNNEL between Scotland and Northern Ireland: UK tries not to lose pieces

# From the bridge to the tunnel

It was 2018 when Boris Johnson first proposed the idea of a link between England and Northern Ireland. He suggested a bridge that experts told him it would be impossible to build due to the stormy seas experienced by Ireland in winter. This would mean closing the structure for more than three months a year with costs amounting to around 25 billion euros. As a result, the idea was scrapped.

But BoJo refused to give up, once again driving forward the idea of a link. However, this time he suggested a tunnel, like the one in the English Channel. This tunnel would cover 25 miles, about 40 kilometers, and would host both train tracks and a roadway for cars and trucks.

Rather than having an economic value, this link appears to have more of a symbolic and political nature. Following Brexit, several regions in the UK appeared to be in disagreement. Scotland was claiming independence, by asking Europe not to exclude it. Relations between England and Northern Ireland became more tense following the agreements enforced on December 31, 2020. The post-Brexit deal involved a decision to keep the Belfast harbor within the European market, disassociating it from the British market and creating a customs border with the rest of the United Kingdom.

Boris Johnson’s goal seems to be the creation of a physical link to overcome ideological conflicts. 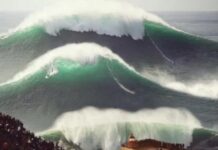 The UNDERWATER CANYON that creates WAVES as HIGH as SKYSCRAPERS 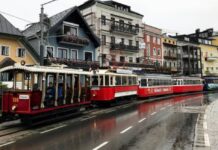 The SMALLEST CITY IN THE WORLD to have a TRAM line