Home Cities 7 NATIONS that do not exist now but could become INDEPENDENT in... 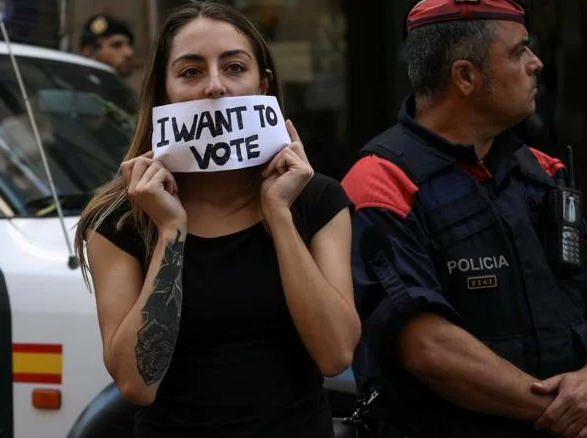 World political geography is constantly changing. What are the 7 states that do not exist today but that could be created and independent?

If physical geography is based on data independent of human decisions, we know well that political geography deals with the outcomes of constantly changing political and power processes. Today there are 208 states in the world. This is the current situation but it could change, even in the near future. Let’s see which are the 7 states that do not yet exist but that for various reasons could become independent nations in the more or less distant future.

Catalonia is currently an autonomous Spanish community that has been fighting for independence for years. The independence claims are due to historical, linguistic and cultural but also economic reasons: in fact the community is convinced that by detaching itself from Spain it would be much richer. They had almost done it: in 2014 there was a referendum, although never recognized at central level, in which 80% of the population spoke out in favor of total independence. This was repeated in 2017 but both consultations were invalidated by the state. This was followed by incidents with independence leaders on the run or imprisoned. Decisive was the lack of support from the European Union, which came together on the side of the Madrid government, disappointing those who invoked its help in the name of the right to self-determination. More European than Spanish, the Catalans called themselves. But Mother Europe has denied them, at least for the moment.

Kurdistan is an autonomous federal entity of Iraq. It is located in one of the most unstable areas of the Middle East and the guerrillas for autonomy have been going on for almost a century. In 2017, the Kurdish population voted to decide on their autonomy and as many as 97% of the votes were in favor of independence. Even in this case, however, the referendum was canceled and invalidated by the Iraqi state. The greatest aspiration of the Kurdish people is the creation of a state that could bring together all the Kurdish majority regions now present within Turkey, Syria and Iran, as well as Iraq.

After a war that has devastated the country in recent years, after the fall of Colonel Gaddafi, Libya has become one of the most unstable areas of the globe with continuous struggles for power. To date, the nation is divided into two main areas: Western and Eastern Libya. In the Western part, which includes the capital Tripoli, is the official government power while in the Eastern part is the army of General Haftar. The two powers are still in constant struggle today and for this reason the country could soon be divided into two autonomous states. If not even more.

The Balkan peninsula is divided into two parts: eastern (occupied by Bulgaria, Greece and Turkey) and western (including Albania and many countries of the former Yugoslavia). After years of disputes for the independence of the countries that are part of it, today there is another independence issue underway in Bosnia and Herzegovina between two entities: the Federation of Bosnia and Herzegovina and the Serbian Republic of Bosnia and Herzegovina (known as the SRPSKA Republic ). The latter struggle for its independence and, as in previous cases, the referendum that would have sanctioned its autonomy has been invalidated by the state which obviously does not intend to lose a substantial part of its territory. Considering the terrible precedents, it cannot be ruled out that the pro-independence demands could degenerate into an armed conflict, involving other states in this tumultuous area as well.

The Scottish case is different from the previous ones, in fact in the 2014 referendum for independence the majority of the population voted to remain in the United Kingdom. The problems arose with the United Kingdom’s exit from the European Union. One of the main reasons why the Scottish people did not want autonomy was to remain in the EU. The consequences of Brexit could therefore lead to the independence of Scotland in the near future, as the Scottish Prime Minister herself recently declared. Among other things, Scotland itself must be careful: the Shetland Islands are in fact claiming independence in their turn.

In the northwestern part of Somalia, in East Africa, there is a state that declared itself independent in 1991 and is called Somaliland (Land of Somalis). Although independence is not currently recognized by the UN, the state is in fact already autonomous and even has its own government, its own currency and even its own army.

In this case there would be a reverse path: not a secession but a unification of independent states. For a long period of time Korea was a united nation but following the Second World War and the Cold War it split into two parts that we know today as North and South Korea. More than once attempts have been made to reunify the Korean state, for example in 2000 (North-South Joint Declaration) and 2018 (Panmunjom Declaration for Peace, Prosperity and Reunification of the Korean Peninsula) but despite the many attempts and improvements achieved, the Korean reunification project still it has not been achieved and does not appear to be feasible until the end of the totalitarian regime in North Korea.

Different situations, located in different parts of the globe, all united by the same strong desire: independence. If governments truly represented the wishes of citizens, it would not take so many wars and disputes to recognize the will of the people, also because history has often shown that peaceful independence can be an optimal solution for everyone. As in the case of the separation between Slovakia and the Czech Republic, or the independence of the former Soviet republics.