Home Cities Paternoster: the WORLD’S MOST DANGEROUS elevator where those who take it must... 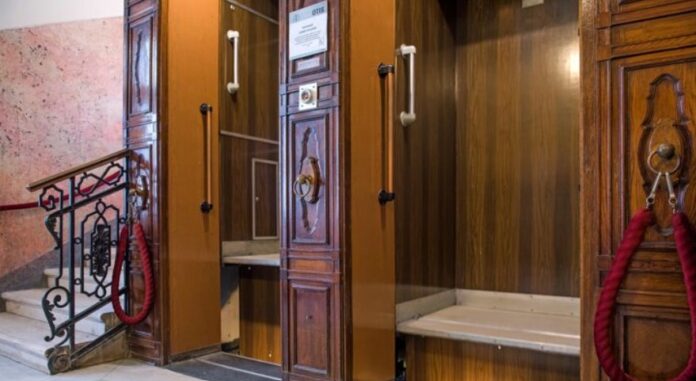 A perpetually moving machine, never stopping at the floor, with no doors or safety devices, not waiting for those lagging with shopping bags: it is the world’s most dangerous elevator. Let’s see to what it derives its worldwide fame and where it is still in service

# The death elevator and its “rosary”

The name alone, Paternoster, suggests that the affair can be extremely dangerous. Actually, the name of the project by architect Peter Ellis, comes from Liverpool in 1860 as a “continuous motion elevator”, which recalls that of the beads of a rosary during a prayer service.
The chain consists of numerous cabins without doors, moving in a continuous cycle between the ground and upper floors.
Paternoster was designed to transport people, the cabin conceived to accommodate two users at a time, who must ascend and descend during the elevator moving, even as it arrives at their destination. Accidents that have occurred have earned these machines the nickname “death elevator”.

This elevator layout consists of a chain of open compartments that move slowly on the vertical axis in a continuous loop. When each compartment reaches the bottom, it moves sideways by translating on the axis, and then starts up again. The same happens when it reaches the top, leading the compartments to never stop.
This type of elevator initially found application in public facilities.
The first Paternoster to be installed outside the United Kingdom was in Stuttgart.

Despite the fact that production was discontinued in the 1970s for safety reasons, people tend to look back on these installations with a hint of nostalgia. Even today there are a few examples in Eastern Europe, preserved and perfectly working. In the Czech Republic alone, 68 survive, half of them in Prague, and they are a real tourist attraction. As many as 230 are Germany’s Patrnosters.

# Prayer or elevator’s speech on board?

So the Lord’s Prayer, the Christian grace that evoked the name of the project, is not the only form of expression that people can exchange in an elevator car.
It may not be the best for doing business, but a powerful elevator’s speech should still be suitable. This type of facility has inspired many writers and directors, who, fascinated by these devices movement and dangerousness, have set several scenes in Paternoster compartments.

Of course, it is not the case to begin with horror jokes, but good humor is assured where these elevators work and are taken on the fly by skillful tourists. Just don’t be too easygoing

Continue reading: The LARGEST CONDOMINIUM in the WORLD: it hosts 18,000 PEOPLE 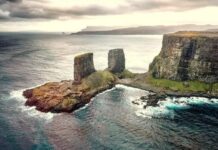 DESOLATION ISLAND: the most isolated island in the world