Home Cities The BEAUTIES of the Longest Coast Road in Europe 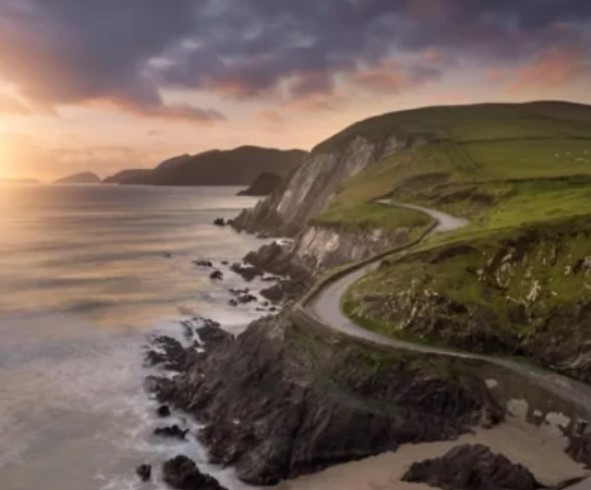 Lapped by a beautiful but frozen sea, where nature transmits an unbelievable charm. What better occasion to travel the Wild Atlantic Way, 2500 km of coastline? View where it is

The BEAUTIES of the Longest Coast Road in Europe

# The wonders of the Big Island

A journey in the name of nature, culture and traditions of this part of the world that has been subjected to historical and political revolutions and that seems to have finally found its proper stability. Among beers enjoyed in pubs and seafood dishes alternated with sheep ones, a historical inhabitant of the Big Island, we come across landscapes that leave you breathless. A cool climate in summer and harsh in winter, accompanies tourists down the long route that crosses only one city, Galway, characterized by Gaelic names, a language still in use especially in the suburbs. Grasslands that reach the sea, uncontaminated cliffs and, as in the case of the Moher Cliffs, which fall towards the ocean creating a jump of hundreds of meters, small harbors and creeks that seem to come out of a postcard from older times.

B&Bs here are traditionally welcoming and run by people who are always friendly, dream-like golf fields, sheeps and horses grasslands, rabbits everywhere, crabs as big as a serving dish moving on the rocks, blue and green blending on the horizon, salmon abounding as never before. And, in addition to nature, a lot of culture with a population that is always ready to tell some facts.
A tough population, this is also shown by the national sports: rugby, Gaelic soccer and hurling, a sport that is so rough that it has been banned for almost 700 years, a mixture of rugby and field hockey that glues most of the population in front of the television. If this tour does not include the eastern part where Dublin is located, be aware that here you will meet the most traditional part of the Irish population, with whom you will speak an atypical English as well as Gaelic which has no similarities at all with English.

# An island that makes you fall in love

For the rest, as the specialized websites reminds us, we recommend not skipping a single scheduled step because every single place has more to tell. Obviously, no one should dare to leave Ireland without trying some whisky as well as Irish coffee, a real cult that warms the evenings and bones, especially before going to sleep. Some of the islands contemplated in the Wild Atlantic Way have been turned in movies location and in each of them it is possible to buy typical products such as the famous sweaters, very warm and colorful. A journey that will you make fall in love with this corner of the planet where, sometimes, it seems time stopped also for the rhythms truly on a human dimension and a charm that never leaves you indifferent.

Some of the truly breathtaking places are Carrick-a-Rede, a rope bridge 18 meters long and suspended 25 meters above the sea, the three Aran Islands, the beautiful cliffs of Slieve League, the Loop Head peninsula from which to admire dolphins and whales and the beautiful Skellig Islands

Continue reading with: An UNDERWATER TUNNEL between Scotland and Northern Ireland: UK tries not to lose pieces