Home Experiences The 5 most famous ART TEMPLES in the world 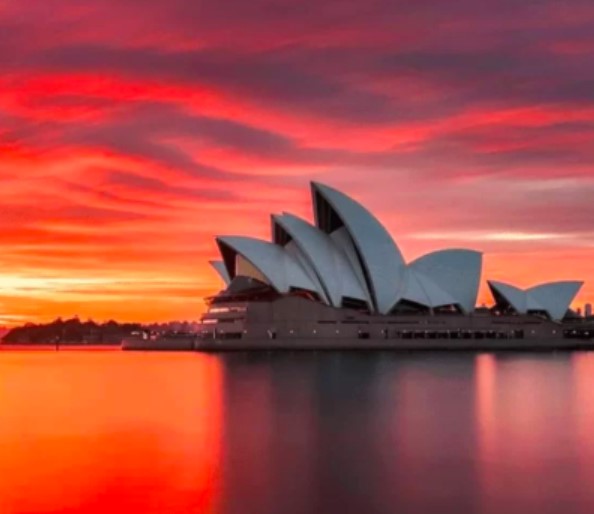 What is the theatre? Everyone can give their own definition, but whether you love it or not, the importance that it has in the culture of the entire world is indisputable. The theatre is not only a place but also the quintessential symbol of culture. In 1948 the UNESCO created the National Institution of Theatre and established the 27th March as the World Theatre Day. Aware that the last two years has been the toughest for those working in the theatre world, we want to honor the temple of art and celebrate theaters around the world through the 5 most famous.

The 5 most famous art temples in the world

This is not only the symbol of the Australian city, but also an international icon of art and one of the most famous theaters in the world.

The Sidney Opera House was officially inaugurated in 1973 and since 2007 it is part of the World Heritages of UNESCO. The building has a peculiar and unique architectonic style and it develops around a narrow bay. It lays on an enormous platform made of granite, 180 meters long and 120 wide. The theater usually hosts more than 2000 shows every year and about one and a half million of spectators.

#2 The Bolshoi Theater of Moscow

The Bolshoi Theatre was originally built in 1825, but after a fire it was rebuilt and inaugurated again in 1856. It is the historic theatrical center of Moscow but also the temple of classic ballet. The Theatre is mainly famous for its dance company, the Bolshoi Ballet, that counts more than 200 dancers and it’s the most numerous in the world.

The Metropolitan Opera House is located in the Lincoln Center of New York. It counts 3800 seats and it is the biggest Opera theater in the world.

The original building was situated between the 39th and 40th street in Broadway, the kingdom of theater. It was built in 1883 as a private theater for a group of wealthy businessmen. However, it was considered inadequate for the city so it was closed in 1966 and then demolished.

The new Metropolitan was built and opened to the public the same year in the area of the Lincoln Center and it debuted with The Girl of the Golden West by Giacomo Puccini. The most represented piece in this theater is also by Puccini and it is the Boheme.

#4 The Opera Garnier of Paris

The Opera Garnier was originated from the will of Napoleon III after an attack in which a group of dissidents killed eight members of the France Court while they were going to the theater. The emperor wished a new theatre that could be more secure and so the construction of the Opera began. Today the Opera Garnier is a true monument for the entire Country.

During the excavating, workers discovered a little underground lake that it is still visitable today. According to the writer Gaston Leroux, here is where the famous Phantom of the Opera hides.

#5 The Teatro alla Scala of Milan

This theatre was inaugurated in 1778 and rise on the ashes of the former Ducal Theatre that was destroyed by a fire. The Scala Theatre owes his name to the Santa Maria alla Scala Church which was demolished to make way for the Theater.

The theater can host more than 2000 spectators among stalls and dais and since 1991 it also takes care of showbusiness professionals’ formation through the Accademia della Scala.

We want to finish this list whit the words that Helen Mirren pronounced in the international message for the World Theatre Day 2021: “For as long as humans have existed on the planet, they have been telling stories to each other. The beautiful culture of theater will live on as long as we are around.”