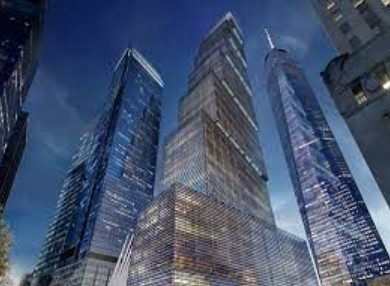 The recent history of archistars is filled with sensational projects that go beyond the fine line that divides the imagination from human limits. Which in fact have not been completely overcome.
We will see some extraordinary constructions, some of them still seeking a precise location, whose audacity challenges everything we know about architecture (or almost everything)

#1 The Tulip by Foster + Partners (London)

The British government’s decision to reject the design of the Tulip, the 305-metres high tower planned for London city center with touristic purposes, has recently caused a great sensation. The Government has expressed all its doubts about the environmental impact and design, calling it a “mess of architectural ideas“.

The Tulip is not the first serious setback for London-based Foster + Partners. The creatives of this firm, perhaps better termed visionaries, presented a sumptuous project for the Mexico City airport last decade.§
The airport was rejected both by the unanimous opposition of the new President Lòpez Obrador, who based part of his electoral campaign on the fight against this airport, and the will of the people, with a referendum, gave the final stroke to the project.

#3 The skyscraper shaped like boxes: the World Trade Center 2 by BIG

For a long time, the design of a skyscraper made up of stacked on top glass boxes of increasingly smaller dimensions proposed for WTC2 by the Danish of BIG seemed to win the preferences.
The developer of the World Trade Center site then put everything back on the table. Two projects by Foster + Partners and Adjaye Associates, including one that flips the stacked boxes but upside down, are now in competition.

#4 The Cross: The New Tamayo Museum by Rojkind Arquitectos and BIG (Zaragoza, Mexico)

A competition won in 2009 by Mexican firm Rojkind Arquitectos, in partnership with BIG, announced the construction of the new Tamayo Museum, but which has yet to born.  The ambitious building was to take the shape of a huge cross, suspended overhanging from a Mexican hill, with a large panoramic roof.
A bombastic announcement in 2009, followed by a very modest silence.

The cyclist helmet-shaped Olympic stadium, which ensured Zaha Hadid Architects (ZHA) victory in 2012 to realize the stadium for the Tokyo Olympics (2020), has then met heavy critics from both the government and the public. They did not like the structure, as well as the costs required to build it. So another tender was launched, in which ZHA did not even enter, because no construction company guaranteed support to the architects, fresh from their heavy Olympic debacle.

The spasmodic search for novelty in London, also involved Roman Abramovich’s Chelsea stadium in 2015. The project involved ” enclosing” Stamford Bridge in a thick network of 264 brick columns which – despite the building permits obtained in 2017 – was completely abandoned due to costs and some unclear facts involving Abramovich himself.
The 2017 permit expired in 2020, marking the project’s final sunset.

Let’s stay in London and see the plans for a service and office tower, expected to be finished in amber glass, designed by modernist Mies van der Rohe for over 20 years. Finished in design in none other than 1969, shortly before van der Roha’s death, the tower is described as the creative’s legacy, the “culmination of a master architect’s life’s work.”
The counter-definition of “ugly glass stump” given by Prince Charles, was enough to stop all the ambitions of Richard Rogers, British architect who wanted to complete the never-ending project of Mansion House Square.

In 2016, Italian architect Carlo Ratti, unveiled plans for an observation tower twice as tall as the Burj Khalifa building.
The Mile is expected to feature a top canopy of plants and habitats at the top to host hundreds of species, and though without having yet a specific destination, Ratti and his firm say there are numerous cities interested in welcoming The Mile. From its announcement nearly six years ago, little progress has been made by this visionary project.

The Death Star, as this building has been nicknamed, the first OMA project designed to make it a convention and exhibition center in the city of Ras Al Khaimah (RAK). The city is undergoing strong population growth, estimated to reach 600,000 inhabitants by 2025, yet this stunning convention and exhibition center has yet to see the start of construction.

Another project, also by OMA at RAK, is one that would transform a mountain dam into a vertical tourist village, with the close proximity of a bridge and the very exploitation of the dam’s spaces. This concept has also disappeared from the view for the moment.

The Garden Bridge is the plant-covered bridge project that was approved and announced in 2013 by Boris Johnson when he served as Mayor of London.

Continue reading: Would the TULIP be the most beautiful skyscraper worldwide?