Home Regions Asia The world’s largest COVERED MARKET: a city within a city 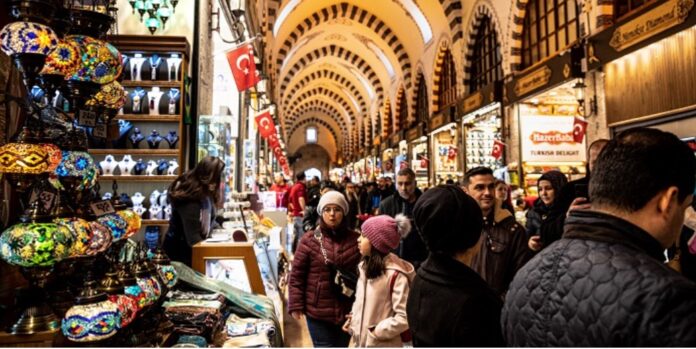 Defining it as a simple market may be reductive. It is in fact one of the oldest covered markets in the world and one of the most visited attractions on the planet. A true city within a city.

The world’s largest COVERED MARKET: a city within a city

The Grand Bazaar, considered one of the first shopping malls in the world, covers 45 thousand square meters and contains almost 4 thousand stores that employ about 20 thousand people. Going through one of the 22 doors, you can enter to visit the 61 internal streets where you can get lost, transported by sounds, colors and scents.
In addition to being one of the largest and oldest covered markets, in 2014 it was also ranked as the most visited tourist attraction in the world, with nearly 100million annual tourists.

# A work to stimulate the city’s economy: here are the origins of the Grand Bazaar

The construction of the market dates back to 1455, shortly after the Ottoman conquest of Constantinople, and it was part of an initiative aimed at stimulating the city’s economic prosperity. Sultan Muhammad II meant the bazaar, initially dedicated only to the trade of textiles and jewelry, built near his palace.
Over the years the number of workshops grew dramatically, until it formed a labyrinth of alleys that were distinguished according to the different guilds: from leather stores to those of textiles, jewelry, ceramics and food. With the passing of time, the streets were covered and the entire perimeter fenced off: the great market turned out to be a very dynamic reality, able to stimulate the economic prosperity of Istanbul.
In the 19th century the Bazaar suffered a sharp decline caused by the growth of the European textile industry and the introduction of mass production methods. The commercial success of Western products led many merchants to move out of the Bazaar, now perceived as antiquated. But the crisis was overcome and today those original objects, so snubbed at the time, are precisely the main feature of the market that differentiates it from modern shopping centers.

# Not just a market, the Grand Bazaar is much more with mosques and Turkish baths

As we have said, the Grand Bazaar is a real maze of narrow streets, which, however, does not contain only stores and stalls. Inside it is developed a real city that houses two mosques, several bars and restaurants, two Turkish baths and four fountains.
The highest part of the market, surmounted by a large dome, is dedicated to the sale of the most precious objects, such as antiques, jewelry and precious stones. While Sahaflar Caddesi street is the area dedicated to wonderful handmade carpets.

In short, the Grand Bazaar is a magical place, almost a world apart, where tourists and locals immerse themselves every day in a whirlwind of colors and scents to bargain, sell or simply observe one of the most authentic atmospheres of Istanbul.