Home Projects Buildings Will a SKYSCRAPER covered with FLOWERS ever see the light? 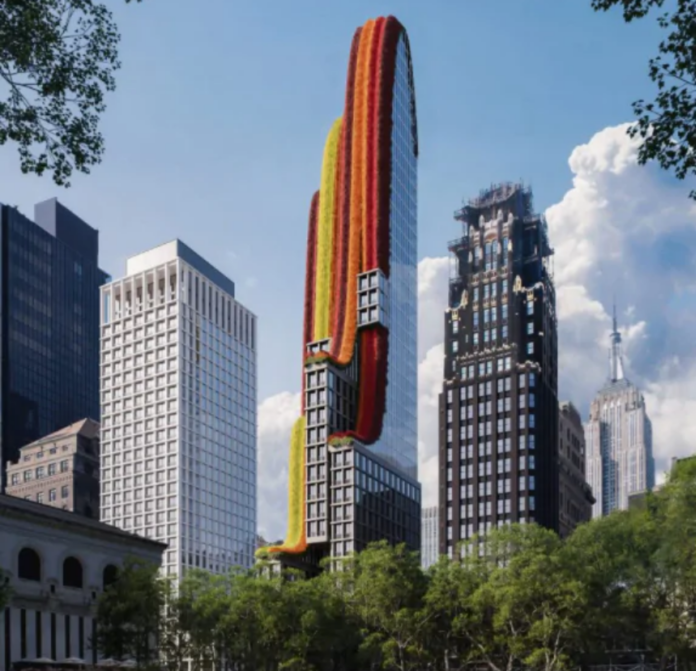 There are archi-stars who try to build ultra-technological skyscrapers. Others, on the other hand, try and design more beautiful and greener ones. Let’s forget the image of the classic skyscraper made of concrete or large windows. Indeed, we could have one covered with flowers.

Will a SKYSCRAPER covered with FLOWERS ever see the light?

#A new ‘green’ skyscraper in the Big Apple 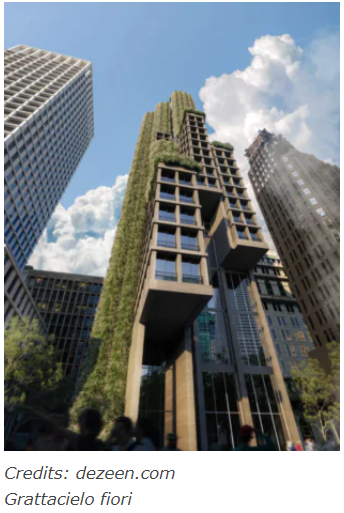 A skyscraper in perfect ‘Sanremo style’ built in New York. It would be called the Lilly Tower and it would be located next to Bryant Park in downtown Manhattan. It would be a U-shaped skyscraper, nearly. The curved apex is designed by Studio Vural, a US company. It is also conceived to be a green skyscraper, thus encouraging lower energy consumption. The base of the structure will be in light concrete, the frame in steel. But the peculiarity of the tower will be to be covered, at least in part, with flowers.

# A meadow in the sky Asiatic lilies will create a meadow in the sky. The Vural studio decided on this particular species of flowers to cover the skyscraper. Why? Because in spring they would color it in yellow, red and orange. For the rest of the year, they would always remain green. In addition, Asiatic lilies are plants that do not require too much maintenance. Indeed, it is hoped that these flowers can feed mainly on rainwater. If necessary, they will always remain eco-sustainable. As a matter of fact, the so-called gray water would also be used to feed them (domestic wastewater except for those coming from the toilets). Drones could be used as well, in order to water the future lawn in the sky of the Lilly Tower.

# A self-sufficient and sustainable tower 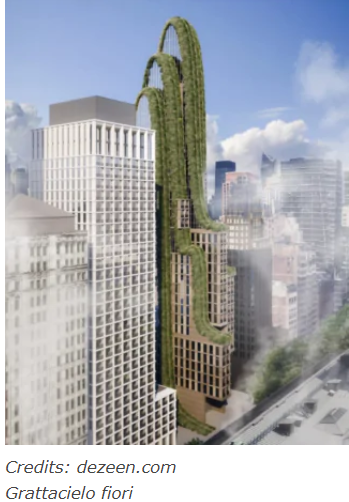 Studio Vural says they conceived the Lilly tower as a sort of Center Pompidou. The Parisian building has all its structural and mechanical systems exposed. Above all, the studio says it was inspired by the so-called Passive Houses, or self-sufficient buildings, which are silently appearing in Brooklyn. The Lilly tower will in fact be almost completely self-sufficient. 21 floors will be dedicated to commercial spaces and 18 levels to residential units. Inside the tower, co-working spaces will be created with rooms for conferences and recreational moments. The Lilly tower would in fact adopt the winning solution of a multi-functional building.

For now it is just a skyscraper designed by an American architectural firm. Will it become reality?