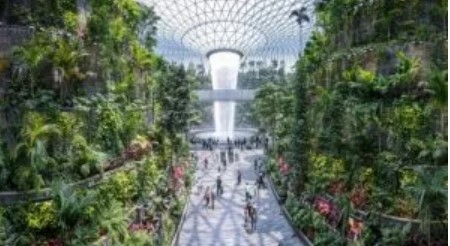 Recently we talked about world’s most dangerous airports, remembering all those days when we were ready and excited for holidays but, in the meantime, worried about flight. Turbulence, air sickness, fear of crash and many more. Today in our pages there’s no space for fear but for another ranking. In this post, we cover most beatiful airports worldwide. Unfortunately some of them are not great like years ago (hubs especially), and that’s mainly because of pandemic, which impact on tourism was stronger than on other sectors. Furthermore some hubs are not just airports but are as big as some cities, and as expected, manteinance and cleaning services practically stopped during first phase of Covid in 2020. Anyway, for us, the most beatiful airports today are the followers.

#5 Zurich, Switzerland:  may I have a look, Captain?

Open in 1953, this airports wins in the 25 milions passengers category. Between many aerodromes, Zurich is:

#1 The only one worldwide where is possible observe flight deck of departing aircrafts through the glass of a passenger bridge.

#2 For children, there’s a lot of nurseries and game spaces, mainly between gate A and E, big enough to help both children playing and parents waiting and relaxing while having a safe look at them.

#3 The airport has been built respecting low environmental impact criteria. For instance, rain water is collected and re-used for flush toilets. Beauty of efficience, in the land of efficience.

Located in the coasts of Cornwall Newquay airport gives to passengers an awesome sight of England beaches. We can differientate from Caribbean airports (apart from climate) cause Newquay has a semicircular shape. 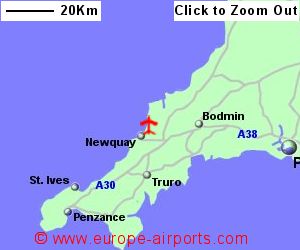 For them who used to sleep during geometry lessons at school, try to remember Rome, Italy, and his Circus Maximus, and the shape will get back to your mind. In the immediate surroundings, you’ll find the main attractions of that little paradise called Cornwall. Eden Project, the National Maritime and Tate St. Ives museums.

Over 22 milions of passengers travelled to or from here to reach Australia’s Gold Coast, Sunshine Coast and Whitsundays, dream places in south emisphere. The terminal for International flights has been completely transformed in an oasis, tribute to the very wild and big australian fauna.

Snapshot of history: Brisbane was the airfield where landed the first flight with payload. A single passenger on board. The year was 1928, and in flight deck there was the pilot and aviation pioneer Bert Hinkler.

Pride of America, canadian aerodrome (IATA code YVR) won the nominee to the best airport in North America for eight consecutive years. The reason? Beyond the breathtaking scenario of British Columbia where is located, Vancouver has an acquarium of more than 30 US gallons an a dedicated team designed to protect sky fauna from risk of collisions with planes (by the way, a massive bird strike caused 2009 accident Us Airways flight 1549 in Hudson Bay, New York, where everyone survived). Safety, nature and respect for animals.

#1 Changi International, Singapore: have you ever watch Avatar?

Walking through the entry doors of this aerodrome is like visiting Avatar set (James Cameron, 2009). It’s just a trip in a remote tomorrow, in a city that has always been futuristic, not only talking about tourism. Singapore knew how to raise aviation to an upper level, changing the airport from a simple air station to a entertainment place where to spend exciting nights before flying back home.

Here you can find a rooftop bar with runway sight, a butterflies garden, a cinema with free of charge tickets, boutique and fashion ateliers. That’s probably why over 50 millions of passengers visit Changi every year. Terminal 3 is considered one of the most beatiful you’ll ever see in an airport.

Here you can join theatre shows, watch movies on giant LED screens, taste international food, relax in one of the three spa and, last but not least, jump down from a 40 feet slide directly into a swimming pool. And at the end of the day (after or before flight), sleep in one of the elegant hotels located everywhere in the terminals.

Now it’s your turn, ladies and gentlemen. Where is the most spectacular airport you ever visited?