Home Cities 10 WONDERFUL but UNDERRATED cities around the world 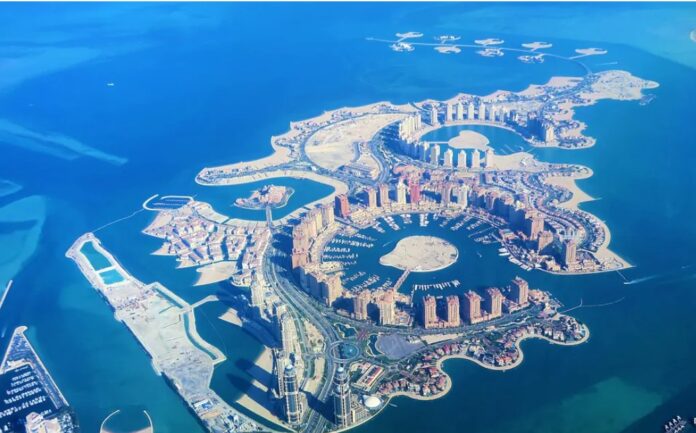 There are millions of cities on Earth and it is impossible to visit them all. Having the possibility to see many of them is already a great achievement. It requires perseverance, financial commitment and a healthy dose of madness. You only have to choose, because the list is very long.

We can report some places that we have visited and appreciated. Despite the fact they are never nominated among the most captivating urban areas on the planet. We have selected 10 cities. Two each for non-European geographical area: North America, South America, Africa, Middle East and Asia. Here we present them in alphabetical order, so as not to make any differences. In order to draw up a true ranking we should have seen all the cities on Earth…

#10 WONDERFUL but UNDERRATED cities around the world

# Antananarivo: in the midst of an amazing nature The capital of Madagascar is certainly not a tourist destination. It is rare to find someone who has visited it, even among travelers who went to the country.

Despite this, the city reserves various pleasant surprises. First of all, the overflowing vegetation, captained by the splendid lilac jacarandas. Then Lac Anosy, an artificial water basin surrounded by trees and hills.

The most ancient artistic testimonies are at the Rova, with former royal palaces both preserved and in ruins. The central district, with its dusty and quiet side streets, has the charm of a destination that resembles no other.

# Asmara, which has recently become a UNESCO World Heritage Site Lately UNESCO has finally included the capital of Eritrea on its list of World Heritage Sites. Mainly because of the large array of fine Italian colonial buildings. But this city of nearly one million inhabitants has much more to offer. Pity it’s cut off from any tourist circuit due to a dictatorship.

It stands on hills in the heart of the plateau of the Horn of Africa. It has elegant, tree-lined streets, among which we have to mention the romantic ‘Italian’ neighborhood of Ghezzabanda. Monumental religious emergencies are no less: the Catholic cathedral, the Orthodox one and the mosque challenge each other. Who’s gonna win this beauty contest, in a multiculturalism that is at first sight successful?

# Bogota and its pre-Columbian gold It is mostly known for its unattractive reputation as a dangerous city. But the great high-altitude capital of Colombia easily wins the hearts of those who visit it. The position at the foot of the Cordillera is a first great added value. Just look at green valleys on the perspectives of the roads!

The museums are absolute top class. You can start with the retrospective of the brilliant artist Botero. Or with the Banco della Repubblica’s collection of pre-Columbian gold treasures. Then wander around the old colonial quarter, in an advanced stage of recovery. The attractions seem to shine under a blue sky like few others. Here, after all, we are closer to the stars. The great metropolis of Bangladesh is a city with a bad reputation. With its 14 million inhabitants, is now the tenth city in the world by population. Perhaps no one would dare to place it in the ranking of the most beautiful cities. The noise of horns sounds uninterrupted during the hours of the day. But its many districts that rise on the Buriganga create an unusual and very captivating urban environment.

Here too a lake (the Dhammondi) guarantees dreamlike atmospheres. On the other hand, the districts of Banani and Gulshan already look like a globalized city. For an exciting experience, wander through the crumbling alleys of the old city and watch the life pulsating there.

# Doha, the other Dubai Lately there is a lot of talk about Dubai and Abu Dhabi. This is also due to the stop-overs halfway through Asia offered by the airline companies of the Gulf. The capital of Qatar is also a valid alternative.  Waiting to host the next World Cup shortly, still suffers from an undeserved deficit in popularity.

The skyline of this urban reality of 1,350,000 inhabitants is fabulous. Imagine a long series of well-blended skyscrapers, all around the Corniche. There is no shortage of artistic attractions as well. MIA, the museum of Islamic art, has been designed by Pei, the man of the Louvre pyramid. Then the more recent Mathaf (contemporary art) and the Qatar Museum. Also go and have a look at Souq Waqif, a prototype of a successful reconstruction of the area’s mercantile traditions.

# Hanoi, between temples and colors This large city of 8 million on the Red River delta is not sufficiently known for its charm. The incredible panorama of Ha Long Bay, often considered the eighth wonder of the world, is also easily reachable from here.

The French touch of Hanoi is undeniable. It ranges from the mustard yellow color used for the walls to the elegance of the forms of its buildings. A red bridge will take you to the center of an artificial island. It’s the lake of the returned sword, the most beautiful (but not the largest) of the water basins of this city. You will discover that the whole city is full of colorful temples and silent pagodas…

# La Paz, the highest metropolis in the world Imagine arriving by bus. Imagine crossing the suburb of El Alto. You are between rough brick houses, white Protestant churches and the incredibly regular grid of the streets. Still you are expecting yet La Paz. But just descend a few kilometers of autopista and you will reach the capital of Bolivia. This is the highest metropolis in the world. Its 800,000 inhabitants live at an altitude ranging from 3200 to 4000 meters above sea level.

If the panorama of mountains and towers is not enough for you, treat yourself to the architecture of Eiffel. Or explore the narrow streets of the fair trade shops. Eat the street food among the residential neighborhoods. Here the tree-lined squares will exactly look like the ones where you have always wanted to live.

# Muscat: a rather particular urban structure Oman has been on the crest of the wave for some years now. For a true and genuine Arab hospitality, true. But mainly because of its many natural attractions, deserts or diving facilities. The capital is often still seen as an inevitable outpost.

Nothing could be more wrong: Muscat has a unique urban structure in the world. It develops along a rocky coast, for kilometers. There is the mundane district of business and culture, with an opera house and monumental mosque. Here we have palm trees and promenades overlooking the Indian Ocean. Further on, the popular area of ​​Matrah, famous for its souk. Then finally the real city center, an administrative stamp that even recalls Monaco-Monte Carlo. Both for the rocks and for the exclusivity of the emir who resides there.

Raise your hand if you don’t know the United States. Every person knows well at least New York and Los Angeles. The situation changes if you look for smaller destinations. And there are many, among the interesting US cities.

Nashville, the capital of Tennessee, does not suffer from lack of personality. Its curious skyline of a tiny metropolis is already an attraction. Do not look here for the useless kitsch replica of the Parthenon in Athens. The added value is given by the incredible nocturnal vitality of the exposed brick streets of downtown. Wander between Broadway and 2nd Avenue, with the live music venues. You will see wild singers, wide-brimmed hats, golden star boots, mugs that are repeatedly raised at the counter …

# Quebec City, loved by Americans but little known by Europeans Canada is not unknown neither. Many appreciate the elegance of Toronto, the grace of Montreal, the atmosphere of Vancouver. However, Québec (Québec City) is rarely mentioned in Europe. The undisputed capital of Canadian francophony is the only fortified city on the new continent. It is also the most visited destination by New Yorkers and Bostonians. This splendid city is by the way less attractive for Europeans, who have many similar destinations in their continent.

But this jewel deserves a visit at any cost. Let’s just try to escape the inevitable groups of tourists organized in the secondary alleys of the Haute-Ville (upper town). Here you will be stunned by the unmistakable profile of the Chateau Frontenac. And by the religious buildings in gray stone, by the surrounding walls, by the wooden houses of every North American dream…