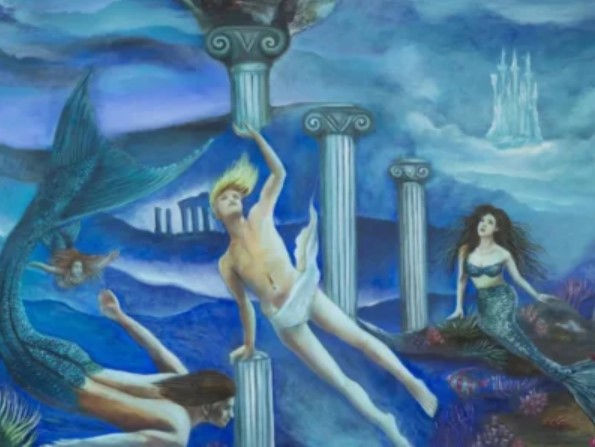 Most people complain about the state they are in, but they don’t understand that the big problem with changing is that it’s almost impossible to find another role.
The problem is not so much to take distance from what one does not like, but to build a new self-image, which allows a new activity, a new existential dimension.
You are stuck between an overwhelming discomfort and a void that you do not have the courage to face.
Everything that is happening right now brings out the subjective crisis. There is no way out above all because everyone pours out their inner dynamics.

The world is a continuous shift

The visible world is a shift that arises from the reality of the subconscious. If the subconscious pursues rejecting what the subject does not want to see, it is logical that the person will focus his attentions outside instead of inside.
The inner disorder will lead people to produce laws; from misunderstood love relationships will be generated; the inability to find identity and security in oneself will lead to create a society in which to identify and depend.
If everything arises from a displacement, everything that is generated in the world is an attempt to escape from reality.

You go on whistling

It is not easy to catch this because we are all inside this shift. It’s shocking. Anyone, who, by trying to understand it, is not shocked, it means that they do not get it. Because when you see it or feel it, it is almost inevitable to go crazy, because outside you see this reality shifted, of which you see that you are not master because you are also a victim, and if you try to find something else you will land nowhere, which is a dangerous place without any possibility of support.

The greatest fear of a man who seeks himself is madness. Everyone accepts that the subconscious exists, but if you draw the logical consequences of this, if you develop the concept, then everything loses its meaning, because the world loses its real meaning.
Rather than going crazy, it’s understandable that each of us simply ignore it and goes on whistling.

In the womb of a displaced world

What should we do? We should be humble and pragmatic. If you do not find the possibility of adhering to that denied reality, then better to whistle. But the greater is the appeal of that denied life, the more difficult it is to whistle. Also because escaping from oneself, living everyday life as an attempt to go away from oneself, means avoiding the risk of madness by admitting the risk of madness.

This world born as a displacement has now become even a reinforcement of the displacement: any new-born is redirected, as if it were automatically moved from the uterus in the solidification of this world, through the family and the school.
The drop is no longer free because it finds a limestone groove that orients it from the beginning.

To build means to deconstruct

If this structure of “displaced world” is shattering, within this shattering there would be the possibility to make a choice. It is very much possible that even in the invisible dimension such a possibility is being prepared.

We cannot imagine the alternative. We can only feel it thanks to our faith that it will happen. Generated by a higher force that we can only accept, because if we built it ourselves, even this apparent new world would be another form of displacement.

The only form of authentic construction that we can put in place at this stage is restructuring: starting with ourselves and in the world.
It may only be a hypothesis, but for many people the time to whistle is over and they strongly feel that the possibility of taking a different direction is coming real.