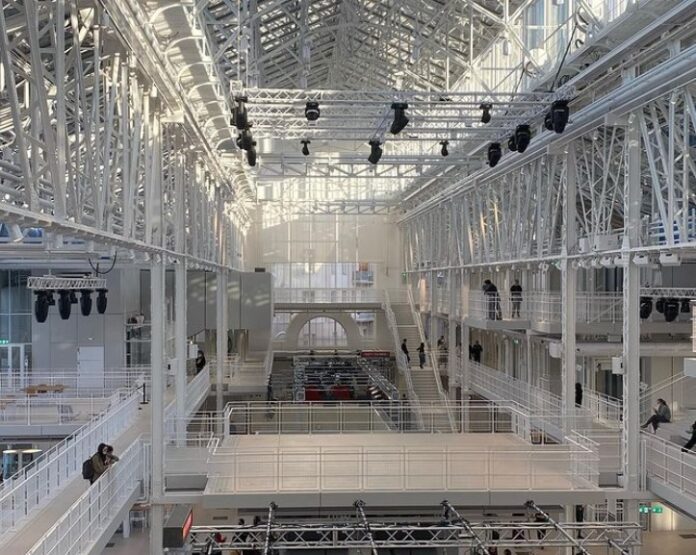 A scenographic cultural center in place of a historic and now disused power plant. Here’s the most recent wonder signed by Italian starchitect Renzo Piano. Where is this incredible structure located and how was it transformed?

Was Renzo Piano – with its “Renzo Piano Building Workshop” – to sign the project for the “GES-2 House of Culture” in the center of Moscow. The task was to regenerate a historic 1907 disused power plant, in busy Red October district on the Bolotnaya embankment.

The cultural center is a space accessible to all, thanks to the activities it hosts. First, exhibition halls and an auditorium for performances and public events. Then, an area harboring residences for artists. A concert hall, more, and workshops, ateliers, a playground. And yet cinema, library, restaurant, cafeteria, shops…

The VAC Foundation created by the Russian tycoon Leonid Mikhelson (Novatek CEO) purchased this space in 2015. The vision was re-imagining it as a contemporary version of  traditional Russian “houses of culture”, recreational centers active since the late 19th century and still much popular today.

The whole center extends over a total area of ​​two hectares. The interiors of the former power plant, structured as a continuation of the public space, make the House of Culture look like a glass cathedral, bathed in light.

Outside, an artificial hill holds a forest of over 600 birch trees and 80,000 bushes. A path crosses it, leading to the external observation platform.

The GES 2 building consists of five parts: front and main building, right and left wing and the auditorium:

Inside a 19th century building, once belonged to important businessman Petr Smirnov, stands the “Vaults Art Production Center”. This area’s laboratories have cutting-edge equipment, open to creatives from any artistic field to work wood, metal, ceramics, textiles. More, a photography laboratory, an atelier for screen printing and 3D printing and an audio-video recording studio.

At the rear of the complex is the courtyard, where in summer will take place concerts or film screenings. Above it an area intended for concerts and raves, while below a two-level parking lot that can hold up to two hundred cars. The basement of the garage houses the archive, which extends for 2,000 square meters.

Last, the Auditorium is the central element of the project. It is a modifiable structure, with the GES-2 Kino City cinema and a concert hall with ten possible set-up configurations, welcoming up to 420 people. The space has been expressly designed to host conferences, theatrical productions, concerts and screenings.