Home Cities In New York the POP UP THEATERS: you can only see them...

Every city at night transformes itself: the crowded streets of the day, the deafening noise of cars and the scents of restaurants disappear. It only takes a moment, and the city is a whole other thing.

A bit like in Woody Allen’s movie “Midnight in Paris”, it strikes midnight and you find yourself in another world.

New York City wants to make this transformation big. In fact, on the streets of the Big Apple in the evening you have to be careful, pop-up theaters may appear.

In New York the POP UP THEATERS: you can only see them in the evening 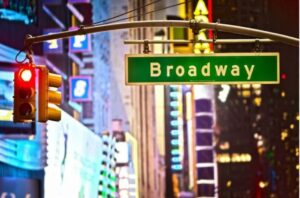 “No more online theatrical performances”, these are the words of Andrew Cuomo, the governor of the State of New York. But how to do it?

Broadway finds an answer and creates NY PopUp, a project that includes 300 outdoor shows, on the streets of the city.

The summer is approaching and the time has come to start again, this could be an opportunity to bring back to perform all the artists of the Broadway theaters who have now stopped for more than two years.

Things can be done, you just need to work a little.

The project immediately found the support of the Marvel architecture firm, one of the most prestigious architectural firms in the world.

Marvel has put the load on us for nineties by finding a solution on the practical implementation of pop up theaters, in fact it has said it is willing to provide containers (already used for shipments) in the streets to host outdoor shows.

The containers could be mounted 3.6 meters high, with two towers of scaffolding to support them.

# Theaters become bridges over the city

The idea is to build pop-up theaters like bridges, so that the performances can be performed on busy streets while maintaining a limited impact on the flow of pedestrians and no impact on traffic.

In fact, vehicular traffic could flow under the structure but this is still a hypothesis because in this case the theater would only be on one floor.

The best part comes later: in the evening the affected streets could be closed, so as to create an area for the public in front of them who could sit and enjoy the show, as in the past.

In this way, the shows could take place on two floors, with the stage above and the orchestra below, using LED screens for the sets.

# An idea for other cities?

For now, New York is a hypothesis that has yet to have official approval. The events sector was one of the hardest hit by the pandemic: all events in fact decreased by almost 70%.

The lights are out, the curtains spread and no one sings anymore but ideas like these could change that.

Could this also be an idea for other cities?