Home Projects Buildings The “CIAMBELLA”, the brutalist residence with a ring shape 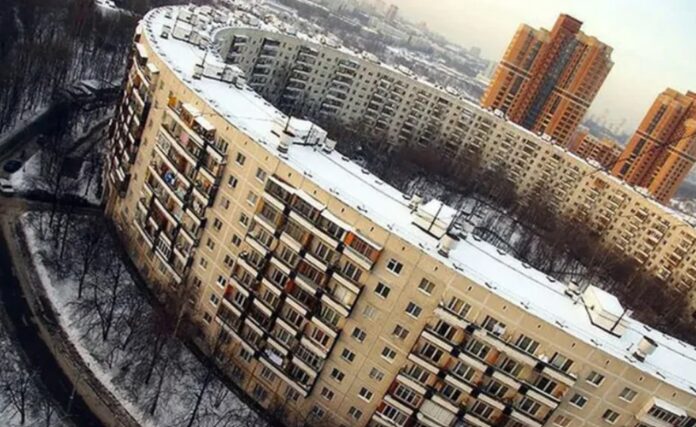 A questionable engineering work, for some, a functional idea, for others. A relic of the past or a source of inspiration for some modern architect?

The “CIAMBELLA”, the brutalist residence with a ring shape

# The brutalist residence in a ring shape

The ring-shaped residence is called Bublik and was built in Moscow during the socialist period.

It is one of the most brutalist works in the country (brutalism means the architectural movement characterized by a certain roughness of the exposed concrete) and was built by the architect Eugene Stamo and the engineer Aleksandr Markelov. The name Bublik was assigned to him by his inhabitants and those who live nearby because it means doughnut, which recalls his ring-shape of the building. The building has a diameter of 150 m and the inner circle created by the structure has been used as a garden.

Bublik is located in Ochakov-Matveevskoe district and has just under 1000 apartments, more precisely 913 houses. The circular building was built in the Russian capital with the aim of accommodating the thousands of people who, after World War II, moved from the countryside to the city. Before the war, actually, most of the citizens of Eastern Europe still worked the land and lived in rural areas, in the post-war period, thanks to the increasing industrialization and the birth of the middle class, the cities started populating. In Moscow giant buildings were built in order to house the citizens arrived all of a sudden, and among these buildings there is Bublik.

The circular residence was built in 1972. It seems that the Soviet Union was very proud of its building and, in view of the 1980 Olympics, in Moscow they wanted to build 5 similar buildings in Bublik. Each circular building would represent one of the five Olympic circles. However, the idea was not carried out because they realized very soon that such buildings were too expensive and the project was abandoned. However, at least one of the other buildings similar to Bublik was built. Today therefore there are two buildings with this unusual shape in Moscow: Bublik the circular residence with 913 houses and another similar building even larger, with 936 apartments.