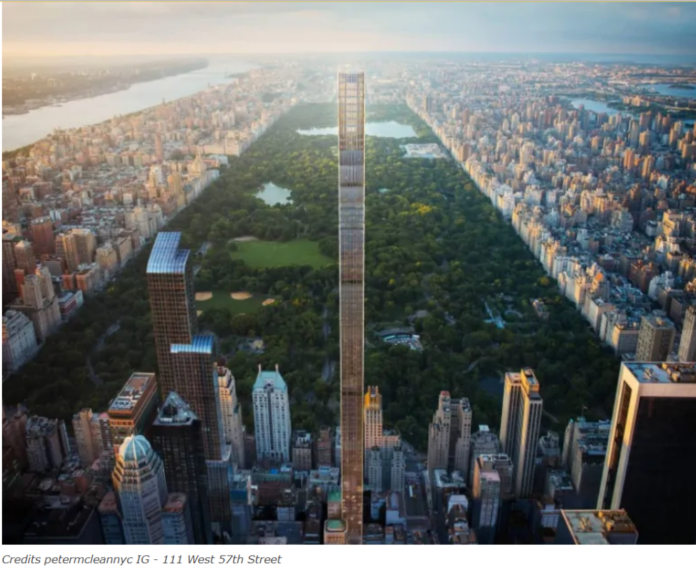 One more iconic building is added to the Big Apple skyline. Here are the records it broke. 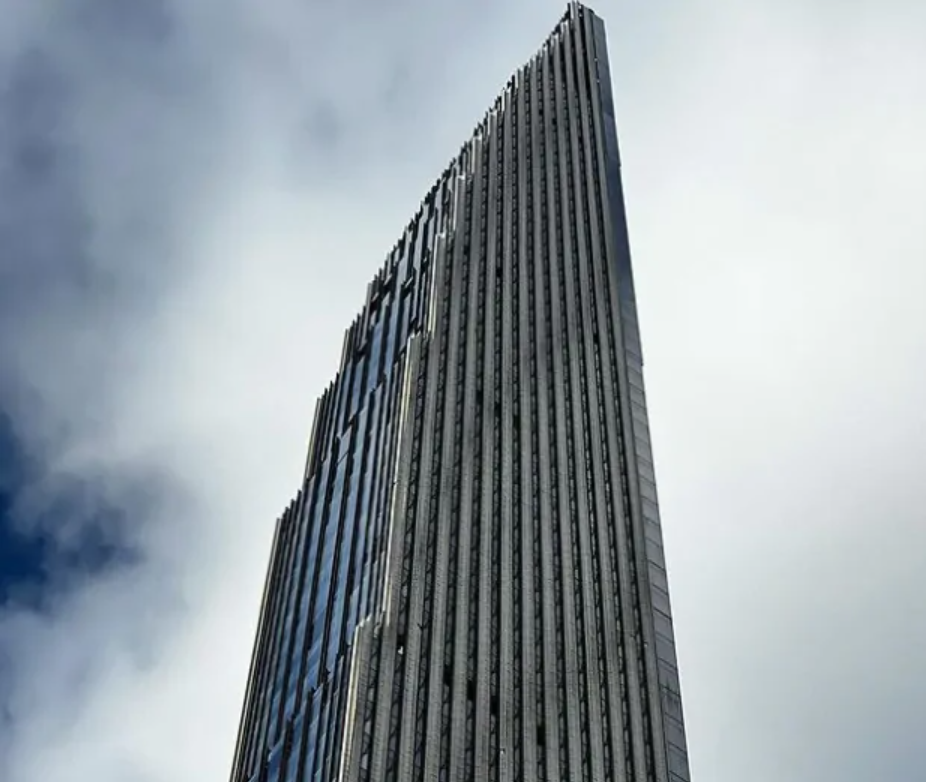 A new iconic skyscraper is added to the New York skyline. It’s 111 West 57th Street by SHoP Architects. It is located in what has been called Billionaires’ Row in downtown Manhattan. Indeed, an exclusive street with the new luxury “supertalls” of the American metropolitan city. The works started in 2014 and were interrupted in 2017 due to financial problems. Finally, they ended in recent days with the installation of the last elements of the external cladding. 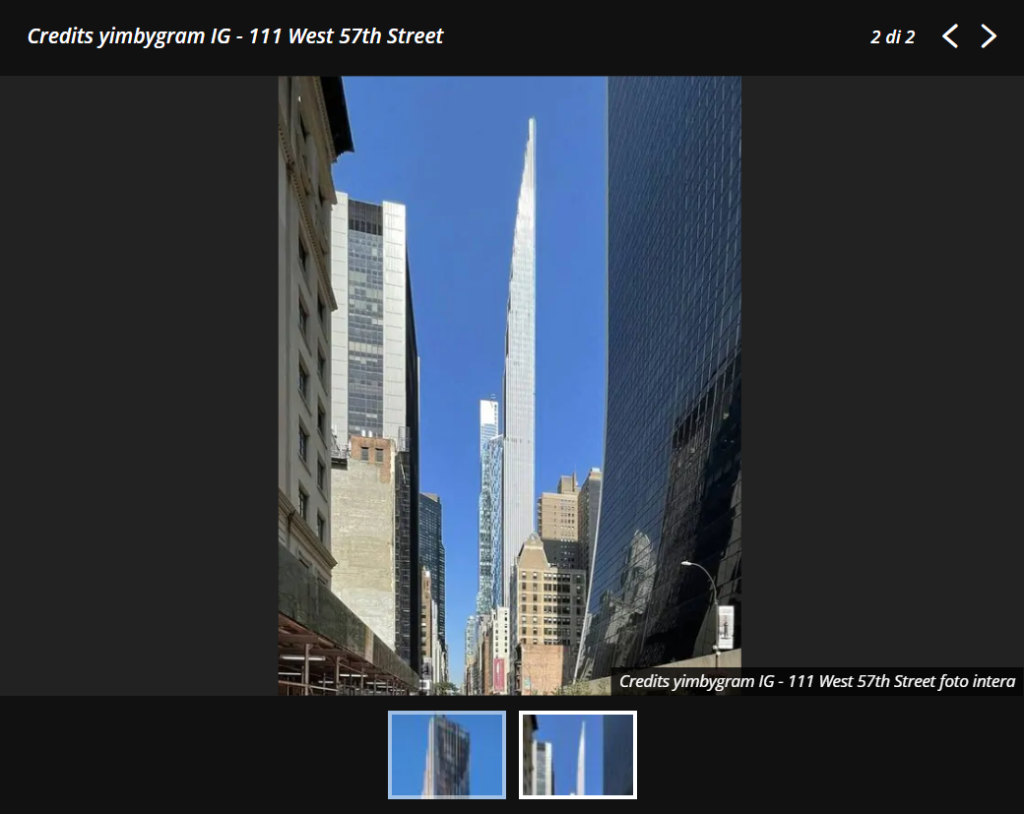 The developers of the project have announced that the first residents should start moving in shortly. SHoP Architects owner Greeg Pasquarelli said he was thrilled that his team helped building something great. This was never been done before in the Big Apple and “as New Yorkers, we are incredibly proud to add a new icon to our skyline.”

# All the numbers of the new record skyscraper 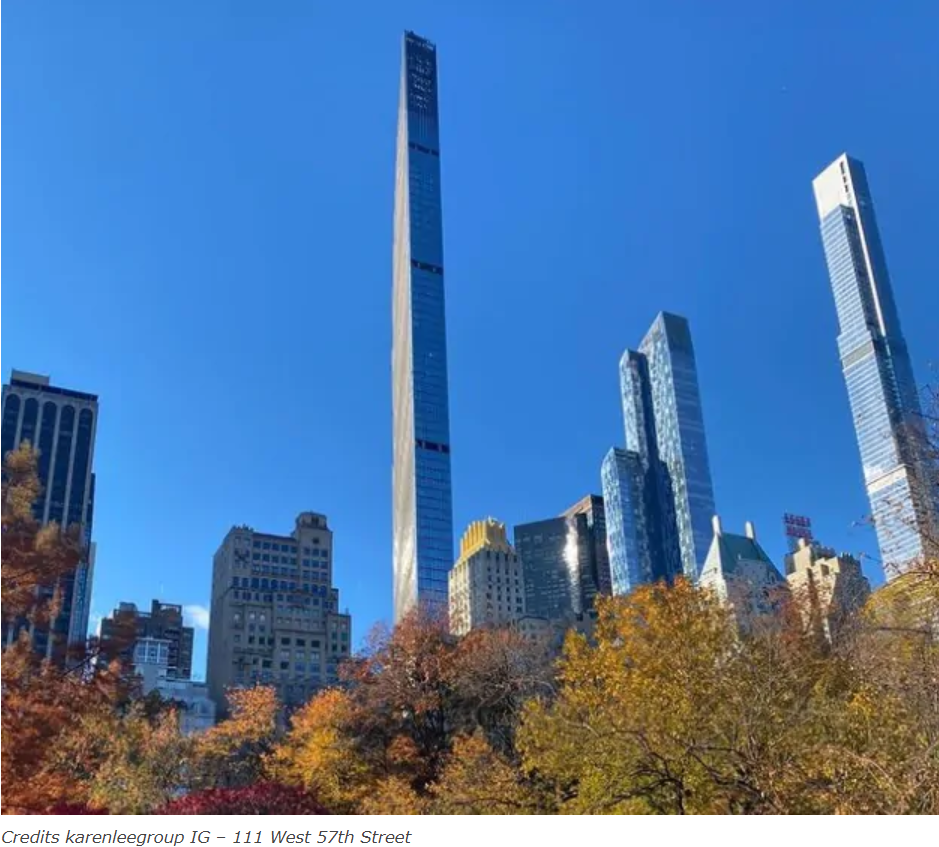 The new New York skyscraper can boast several records. With its 435 meters high, a base width of 24 × 18 meters and a height / width ratio of 24: 1, it is the thinnest in the world. It is also the second tallest in the Western Hemisphere and according to the SHoP architecture firm, which designed it, it was built with the strongest concrete in the world. The tower houses one residence per floor, plus 14 in the adjacent Steinway building, which brings the total to 60. A peculiarity: the groove on the south side increases progressively with the height, giving the idea that the skyscraper “disappears into the sky” . 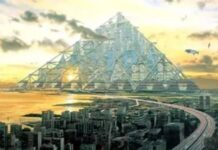 A monumental project: the 1 million people PYRAMID. Would you live there?