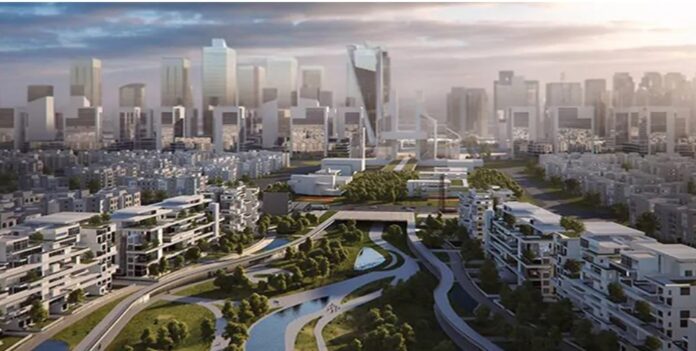 10 new wonders are appearing in the world. Let’s see them in preview

THE 10 MOST AWESOME MEGAPROJECTS under construction in the world

# The NEW CAPITAL of Egypt

45 km from the current Egyptian capital, Cairo, the country’s new reference urban center will rise. The project for this new city, still unnamed, foresees that it will have an extension capable of accommodating up to 7 million inhabitants and most of the administrative functions of the state, in order to remove a bit of the weight from Cairo’s shoulders. , now congested and excessively populated.

The goal of the Egyptian state is to create a city dominated by skyscrapers, monuments comparable to the Eiffel Tower or the Washington Monument, huge green areas, hundreds of mosques and hospitals, a theme park that is four times the size of Disneyland, fields of solar panels as far as the eye can see, 10,000 km of new roads, an electrified railway connecting it with Cairo, and a new international airport.

The restructuring and optimization of the city of Jeddah, Saudi Arabia, is being financed and supervised by a Saudi prince, one of the richest and most influential men in the world (according to Time). The project consists in the transformation of the current city into a vertical urban center: a smart city that will perfectly reflect the era we are living in, mastered by technology, speed, interconnection and continuous evolution.

# The Padma Bridge, the TWO LEVEL bridge in Bangladesh

Climate change has put a strain on Bangladesh, which in recent years has been experiencing massive and destructive floods that put a strain on cities and people. The largest and most important project designed to tackle this problem is the construction of the Padma Bridge, a two-level bridge (under a railway and above an asphalted road) which will connect the capital Dhaka to the south of the country, for a total length of more than 6 km, thus ensuring at least the movement of goods and goods. Initially funded by the World Bank, the bridge will weigh solely on Bangladesh’s finances, as planned international funding has been withdrawn on allegations of internal corruption in the country.

# New Clark City, the NEW CAPITAL of the Philippines

The construction of a new capital for the country of the Philippines has very different motivations than the same project in Egypt. The current capital, Manila, is located in the Pacific Fire Belt, an area subject to frequent earthquakes and volcanic eruptions. As a result, the country has had to face the possibility that one day Manila may no longer be able to fulfill its capital functions, and this is how the New Clark City project was born. The new capital, which will be able to house more than a billion people, will also be a smart, technological and eco-friendly city.

With a length of 64 km, this underground tunnel will connect Italy to Austria, passing under the Brenner pass. This project differs from those that already exist in that a greater railway capacity and another series of improvements are planned that will speed up and optimize the transport of goods and passengers in Europe. The works are expected to finish in 2032, after 25 years of construction.

# The Merdeka Tower: it will be the second tallest skyscraper in the world

At 678.90 meters high, it will be the tallest skyscraper in Malaysia and the second in the world. Inside there will be 100 floors that can be rented by private companies, a good part of which will become offices, others will become hotel rooms and the remaining floors will be used as a shopping center. The non-rentable space will instead contain mostly internal parks and a car park with 8500 parking spaces that will occupy the 5 underground floors. The project was widely criticized by many citizens, who would have preferred to see the 2.5 billion spent on the people and various humanitarian emergencies in the country, rather than on the Merdeka Tower.

The 22nd edition of the world football championships will be held in Qatar. Despite the heavy accusations of corruption, exploitation of workers and violation of human rights, the country immediately moved to be able to host the event and all the people it will attract. And this is how the planned city will be built, called Lusail City, large enough to accommodate 450,000 people, residential areas, shopping malls, resorts, artificial islands and the stadium where the world cup football matches will be played.

# The International Business Center with 15 SKYSCRAPERS in Moscow Also called Crystal Island, it will be a business district in the city of Moscow. It will include 15 skyscrapers in 60 hectares of land. The project has been underway since 1997 and 8 of the mega vertical constructions planned have been completed so far.

In 2020, the project for the construction of an energy island in Denmark was approved, which will aim to produce electricity to power millions of homes by exploiting the wind in the open sea, so as to achieve “climate neutrality” by 2050. With its 120 thousand square meters and 200 giant wind turbines, the energy does not seem to be destined only for Denmark, but the countries that will benefit from it are for now unknown.

# The renovation of the New York City airport

A huge new Terminal 1 will be built at one of the largest and busiest airports in the world, New York City’s JFK, replacing the current first, second and third terminals. The project involves the construction of a very modern and very spacious terminal, which in addition to serving the functions of any airport, will also be a self-celebration of the city, as iconic and famous milestones will be exhibited, such as old taxis and photographs of old NYC.