Home Regions America The HUTS of Conestoga: an idea that could revolutionize the lives of... 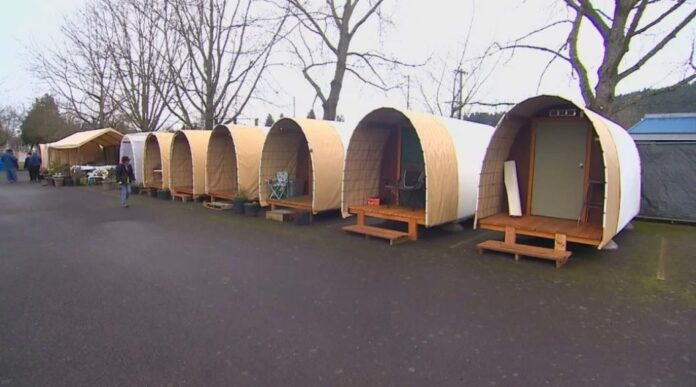 In this difficult period there is an emergency that has never subsided, that of the homeless. In the city of Eugene in Oregon, Erik de Buhr, of the Community Supported Shelters group, decided to design special huts for the homeless. A project that shows how it is possible to find simple, effective and economical solutions to improve people’s lives.

The HUTS of Conestoga: an idea that could revolutionize the lives of the homeless

# In Eugene the huts are made with the conestoga

The Conestoga is an animal-powered car that was used during the expansion towards the west of the United States of America, during the late eighteenth century and throughout the nineteenth century. The vehicle takes its name from Conestoga Valley in Pennsylvania and this year became the base for the homeless huts in the town of Eugene in Oregon.

Erik de Buhr argues that these cars converted into huts are a suitable solution for those who do not have a place to sleep and keep their belongings. Their cost is low, about $ 2,500, while the houses cost between $ 10,000 and $ 20,000. In addition, the Conestoga Huts are assembled in a few hours, withstand the elements and can be locked.

# Eugene takes a different approach to homelessness than other American cities

Eugene is one of only two cities in the American Northwest to conceive the idea of ​​dealing with the homeless in this new and hopeful way. The town council passed an ordinance on overnight camping that allows people to sleep in Conestoga vehicles, tents or huts, allowing a maximum of 20 huts in parking, 6 huts in church and one in a private home.

But why do so many people still choose to sleep outside in the cold?

# Shame, intimacy and the desire to find oneself: with huts it could be different

People living in these situations usually feel a sense of immense shame in being helped and a profound discomfort in looking for a bed in a dormitory where there are many other people. The solution of the huts could work: allowing a person to have their own bed and their own space to keep personal effects could be the basis from which to start again.