Home Regions Europe 5 inhabitants and a tavern: the EXCURSION on Lake Como to the... 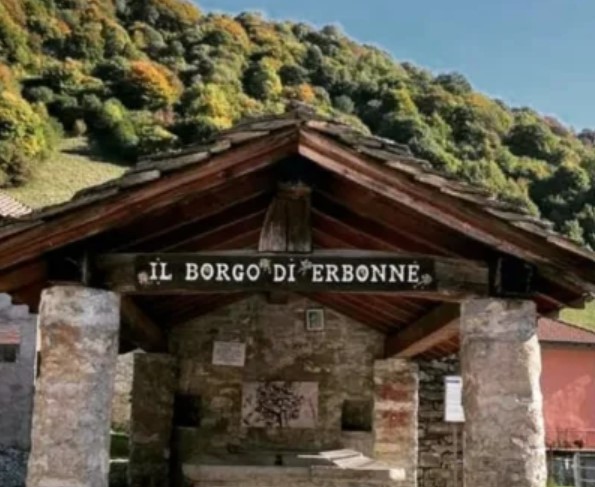 A small village between Switzerland and Lombardy, practically uninhabited, which can only be reached on foot by climbing a road that has always seemed to be there. Let’s see where it is and get to know its 5 residents.

5 inhabitants and a tavern: the EXCURSION on Lake Como to the “VILLAGE of SMUGGLING”

# 4 friends and a tavern

For lovers of mountain tourism, in every season, today we go to Erbonne in the province of Como.
A few kilometers from the Balcony of Italy and, therefore, from Switzerland, Erbonne is the fraction of a municipality in Val d’Intelvi which, like all the surrounding places, retains the charm of the semi-unexplored mountain. The village remains welcoming also because the circulation of cars is reserved for a few vehicles.
Those who want to take the classic mountain excursion can only reach Erbonne on foot, through two itineraries. The first arriving on foot from “Pian delle Alpi”.
The second and most recommended is to set off along a mule track that seems to have been there since the dawn of time. The path through the woods is almost flat, with slight changes in slope, but offers the opportunity to enjoy enchanting views of the mountain or Lake Como.
The trekking itinerary is well signposted and can also be followed by inexperienced hikers.

# The stone village and the museum of smuggling

The two itineraries have in common the final part of arrival. Also from the trekking route you reach Pian delle Alpi, slightly higher than Erbonne, which at a certain point comes out from behind a curve.
Submerged by the green of the meadows in the summer, or by the snow in the winter, the village is a mix of stone houses and the peace of the Alps.
Visiting the alleys of the village, you come across the ancient stone houses, a beautiful wash house and the tavern. Erbonne lives around the few residents, five in all, life unfolds around the tavern. This is the element that confirms that time has stopped here. As in the Milan of the Holy Corps, it is the Osteria del Valico that regulates the life of the village, gives refreshment to travelers and, thanks to its excellent cuisine, also attracts some curious people from outside.

Frontier life in Upper Lombardy is by no means as lively as that of the great American prairies, but it has its curious implications. Erbonne is in fact on a road which, due to the ease of the mule track leading to the top, was also chosen in the past by smugglers headed for Switzerland.
Between the 30s and the end of the 70s in Erbonne there was the barracks of the Guardia di Finanza to guard the territory. Closed in 1977, the space has become the Smuggling Museum which can be visited by adding a very special curiosity to the excursion.

# Tax haven of the past

While waiting for the Taverna to open, you can go and take a look at the surrounding caves in the surroundings, which have revealed signs of millenary settlements.
On a trip it is better to bring valid documents for expatriation, because the path that points to Scudellate is the one that crosses the border to end up in Switzerland.
Erbonne has been a border village since time immemorial. Even at the time of the Duchy of Milan it was indeed in Milanese territory, but some ownership rights of the land were in part of the neighboring Swiss cantons.
Swiss citizens residing in Erbonne have always been exempt from paying taxes to the Duchy of Milan, transforming this border village into a stateless tax haven.
The dual nationality of the inhabitants of Erbonne gave this fraction the feeling of being able to live without a state, at least until the First World War. The bagattelle born on the borders, presided over by the nineteenth-twentieth century states, then decreed the end of the tax haven, turning it into a paradox: from a residence for honest dual nationality taxpayers, to a smuggling village.

Today Erbonne takes his little revenge. It returns to the hearts of hikers, lovers of the Intelvi Valley, and can be seen on the maps of tourists heading to the Balcony of Italy. Relives a second life, despite the smugglers of the past.
It is not the tax haven of the times of the Duchy of Milan, but it is in terms of traffic: all the Milanese who, for example, dream of car traffic dedicated only to residents, would find a reason for living in Erbonne. By car in the small village of Val d’Intelvi, only residents can go around