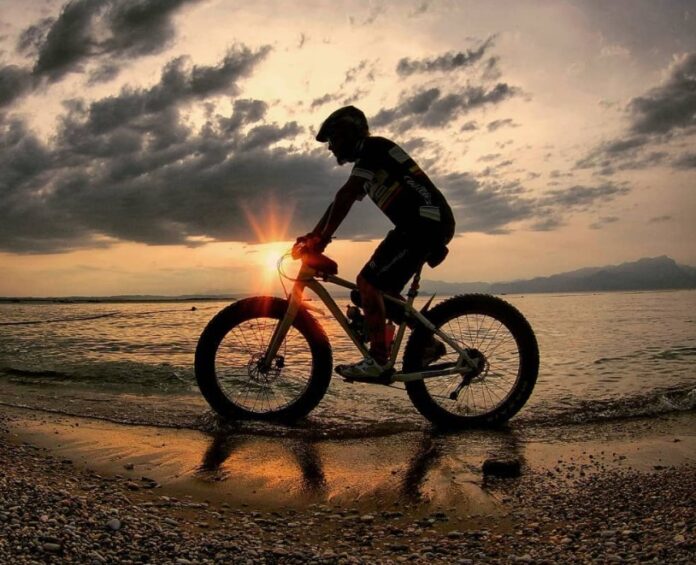 Fortunately, we live in one of the few European metropolises close to so many bathing beaches. We have selected a few that can be reached within a maximum of a couple of hours’ drive

Established in 1926 to land seaplanes, it was Milan’s seaside resort in the 1960s. Today it covers 1.6 square kilometers and is a venue for sporting events and exhibitions. In fact, 22 disciplines can be practiced including : rugby, sailing, canoeing, handball and windsurfing. It is only swimmable in the two small islands, microareas of twenty square meters on the east side with wakeboarding, towards the airport.

10 kilometers from downtown, reachable in less than half an hour by car (in case of traffic).

The Adda is one of the two great rivers that border Milan. At 41 Km (46′ by car), Medolago sull’Adda is among the top 10 beaches in Lombardy most liked by Tripadvisor users.

For total sunbathers, however, the destination of choice is Cornate d’Adda. A well-fringed wooded area covered from indiscrete eyes, it has been a favorite beach for nudists and naturists for years.

The closest lake to Milan, highly undervalued. 45 kilometers (49 minutes by car) away. In the lake is the small and charming Cipressi Island, which is private property.

58 Km (50′): in Golasecca (Sesto Calende) is Melissa Beach oasis of peace and fun. Equipped facility with bar, free-entry beach with beach volleyball ground. Alternatively, there is also Vigevano Bridge, a historic beach on the river.

Ticino’s one is the largest river park in Europe, already listed as a UNESCO World Heritage Site.

At 60 Km (1h 2′) on the Piedmont shore of Lake Maggiore is Cicognola in Castelletto Ticino. Other beautiful beaches on the lake are: Dormelletto, Cannobio Lido and Arona Lido on the Piedmont side. On the Lombard side are Angera, Ispra, Ceresolo, Germignaga, and Laveno.

At 87 Km (1h 16′) is Iseo on the lake of the same name made world famous by Christo’s floating installation. Top beaches include the little grass beach in Iseo or the beach known as Thaiti in Marone.

83 km away (1h 12′ by car). On the eastern shore of Lake Como (there is also kite surfing). There are also other beaches on Lake Como, closer to Milan, including Bellagio, Menaggio Lido, Argegno.

At 89 Km (1h 15′). Last beach on Lake Como. Colico, the meeting point of three provinces, lies at the foot of Legnone, on the north end of the lake, set in nature, surrounded by mountains. Lots of activities can be enjoyed, from wind surfing, to kit surfing, to trekking.

119 Km away (1h 31′) the most populous municipality on Lake Garda. There are four main beaches, all pebbled: Desenzanino beach, Feltrinelli’s, Spiaggia d’Oro , and Rivoltella beach.

At 130 Km (1h 50′) lies one of the main tourist resorts on Lake Garda, characterized by its typical “Central European” character. Famous in the area is the Vittoriale degli Italiani, home of Gabriele D’Annunzio visited by about 210,000 visitors each year.
Gardone’s beach is also the only one among the beaches in Lombardy to have been awarded the “blue flag.” It can rival with the best beaches in Italy.

Highly recommended for those who do not like crowds. With its white pebbles and numerous downhill runs to the river, it offers a sufficiently wide environment (as many as 50 km). The ultimate of Trebbia River is Brugnello, a tiny 6th-century village 110 km from Milan. We are in the province of Piacenza, and there are only 11 residents here. Another possibility is San Salvatore beach on the Trebbia 125 kilometers (1h 45′) away.

Within two hours from Milan you can also reach the sea. At 162 Km (1h 51′ by car) on the Riviera di Ponente (West Riviera). For those who want to go a few more kilometers, Laigueglia and Varigotti deserve a visit.

Getting to the Levante Riviera takes a few extra minutes, but if you are lucky you can get within two hours to the pebble beach of Recco (165 kilometers). Benefits include the unrivaled cheese focaccia. For those who want to go over two hours in there are, in order, Camogli, Santa Margherita (Paraggi), Cavi di Lavagna (more handy for parking) and Sestri Levante (Baia del Silenzio)

Continue reading: Navagio Beach: the most PHOTOGRAPHED BEACH in the world? Here’s what makes it so UNIQUE