Home Cities The best CITIES for living OUTSIDE Rome 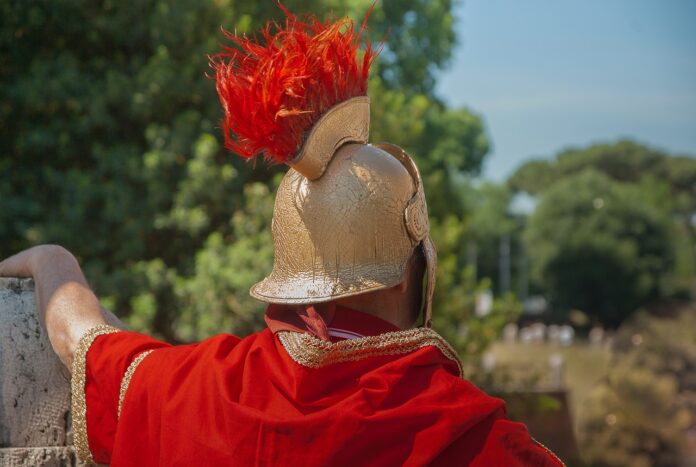 Escape from the city. In these last years in which, due to force majeure the population that works from home has tripled, this leit motive has pushed many to think or realize of moving itself outside big cities. Where to? Around Rome there are at least four privileged routes: the lake, the sea, the castles, the Etruscan cities.

The best CITIES for living OUTSIDE Rome

A trend that began about ten years ago, the one “I’m going to live in the countryside“, with an increasing number of people, especially young families with children who, tired of city rush, traffic, pollution and overcrowded green spaces, have decided to move away from the city to become, first commuters, now effectively city quitter, moved to smalltowns that are 30 to 60 km away from Rome.
Let’s look at the three main directions chosen by the quitters:

30 minutes from Rome, there is the Bracciano Lake, one of the largest lakes in central Italy, around whose sides you can find three historic towns people friendly: Bracciano, Anguillara Sabazia and Trevignano Romano. In these towns in recent years, after a considerable real estate stop, with houses that have lost 40% of value, there has been an increase in requests for houses, villas and apartments for sale or rent. All three are small towns, 30 km from the center of Rome, which have developed thanks to the rail line that allowed many inhabitants to commute. Among the good reasons to move to Lake Bracciano, climate is on top: the winter is mild and short. The lifestyle is relaxed and from 1 p.m. to 4 p.m. activities are closed. The economy of the lake is based almost entirely on tourism and for those who do not work online, the most wanted professions are in food and hotel facilities.

Bracciano, the largest and best known in the area, is a place that is perfect for walks along the lake or water sports practicing, thanks to the presence of many yacht clubs.

On an inlet of the northern coast rises Trevignano Romano, smaller but very culture oriented. In non-Covid times, for six months a year offers cultural events such as the International Short Movie Festival and exclusive events, such as jazz evenings.

Anguillara, small, charming village rich in history, is located at the foothills of Sabatini Mountains and a few steps from the waters of the lake. Less known than Bracciano offers a relaxed environment and the same possibilities in terms of sports and cultural activities of the other small cities in the area. Once the sea was chosen mainly for the summer season, but today some people choose to live it all year long, preferring to live in towns that overlook the sea and that in recent years have live an exponential growth of the real estate market, especially in the North Coast. According to experts in the field, in these areas it is still possible to buy a house with 1,500/2,000 euros per square meter.
Coastal destinations are particularly recommended water sports lovers such as surfing, wind surfing, kite surfing and sailing that here, along with beach volleyball are very popular sports.

At just over 30 km from Rome you can find Ladispoli, which offers many services and is well connected to the capital by train.

Marina di San Nicola is more intimate, with small villas managed by businesses who take care of the area, granting its safety.

About 30 km west from Rome and 15 km away from Leonardo Da Vinci Airport, there is Fregene, the historic location on the Tyrrhenian Sea. Thanks to the favorable climate is a place that you can live all year long. In summer it comes greatly alive thanks to its many beach facilities. Transport works well because the town is served by the railway station and connected to Rome by bus line. Rome-quitting in preference to the Castelli Romani destinations, began a few years ago. The Castelli Romani area includes a cluster of small towns in the Albani Hills located to the southeast of Rome. Each of these towns has its own characteristic but all of them, at different heights above sea level, provide a good quality of life, clean air and at short distance from capital city. Between the center of each village and their suburbs stand out small villas and country houses, where is not so unusual to find fruits and vegetables fields, as well as vineyards.

The most relaxing one is probably Castel Gandofo, 20 kilometers from the sea, with two lakes, archaeological sites and the papal summer residence. In this area there are many ancient estates and important villas.  Housing costs depend on the typology and the precise location, but they are lower than in the capital city. For those who are not frightened by the distance, a few kilometers north of Rome, there is the Municipality of Cerveteri, situated in a beautiful area rich in nature and history. Founded by Etruscans, Cerveteri is today a dynamic city. Its beaches, characterized by black sand because it is rich in ferrous elements, are very popular in summer. With its 36.000 residents, Cerveteri is not only a tourist destination, but it is also a very vibrant city with an increasing number of inhabitants and a rich variety of cultural and sports associations. Many people work daily in the area, but there are also many commuting workers who reach the capital thanks to rail and road links.

Sutri, 52 kilometers from the capital in the direction of Viterbo, is also a charming village in ancient Tuscia area. Etruscan town, formerly scene of battles between the Romans and the Etruscan people for its particularly strategic position and was also Pope’s headquarters.  Those who live here would not leave it in no way, for its being far from the crowd, deep in the nature, in the art, in the history and for food, famous for being super, made with only local products.

Continue reading: Fleeing to SWITZERLAND? There is a COUNTRY that PAYS you to go and LIVE there