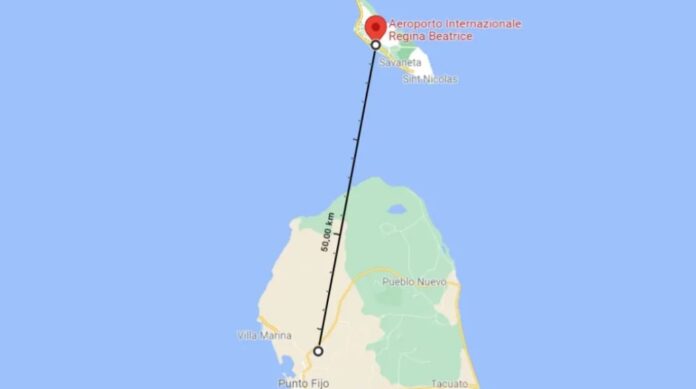 They say that what matters is the path of the journey and not the destination. In some cases, however, the journey is so short that you don’t have time to enjoy the experience. Let’s have a look at these air flights from the Guinness Book of World Records.

# The shortest flight could last up to just 53 seconds

Since 1967, the Scottish regional airline Loganair has covered the 2.7 km route between two islands of the Orkney archipelago: Westray and Papa Westray. It is by far the shortest scheduled flight in the world. It lasts just 53 seconds when the wind is favorable. No more than two minutes when the wind is not favorable.

The connection is available every day except Sunday. Time schedule varies a bit but it’s always in the morning. Planes on the route have eight seats and their journey is more the one of a bus than of a plane. In fact, the cost is just 17 pounds. This link is used by teachers, doctors, policemen and schoolchildren for daily commuting. Since 2011, the flight is also available for tourists.

# From Aruba to Venezuela in 8 minutes, the world’s shortest scheduled international flight 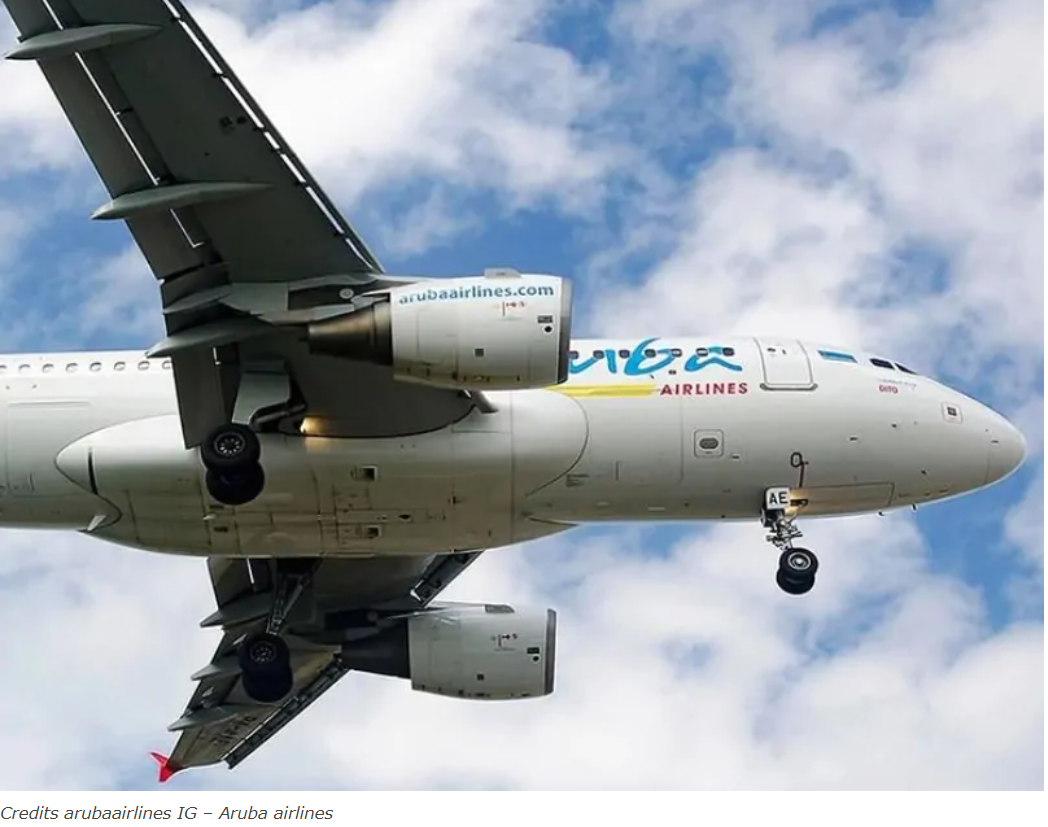 Currently, the shortest scheduled international flight in the world is operated by Aruba Airlines. It runs between the airport of the Caribbean island-state of Aruba to that of Punto Fijo in Venezuela. The trip over the ocean aboard the 50-seat Bombardier CRJ-200LR covers a distance of 80 km. Most of the times, it takes just 15 minutes, although the actual journey in the air is just 8 minutes. The flight only runs twice a week, on Mondays and Fridays, and the ticket price starts at around $ 150. 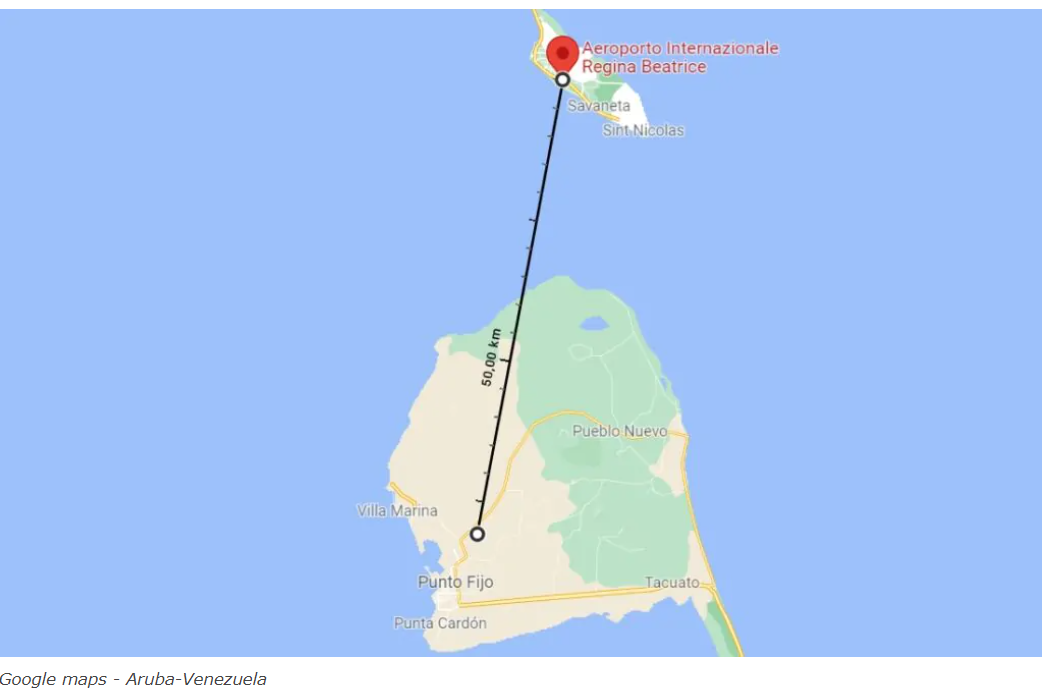 # The 8-minute flight between Switzerland and Germany canceled in 2017 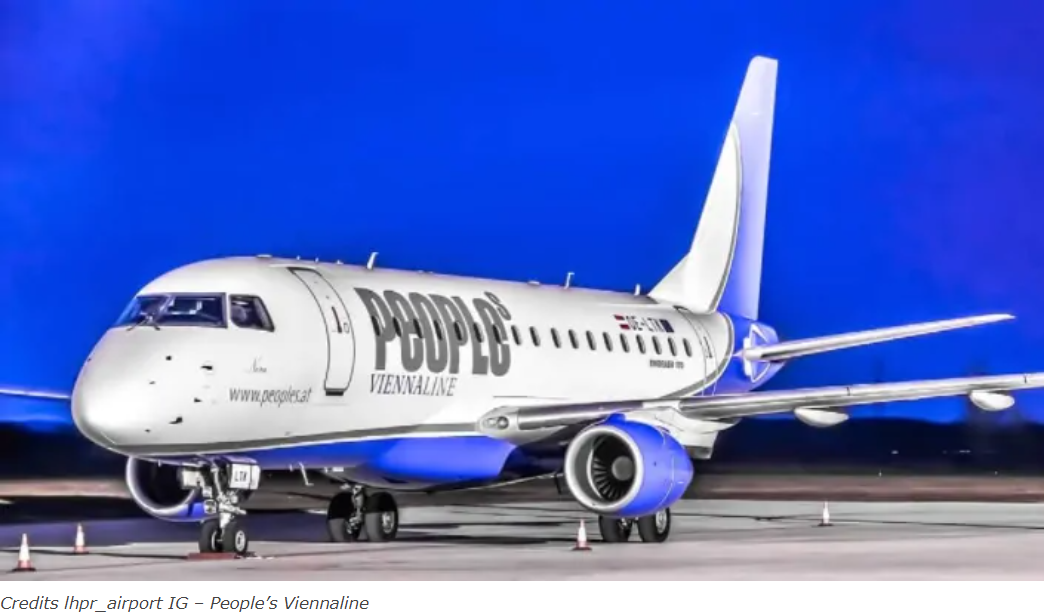 Until 2017, the shortest international flight record in the world was another one. It was running between St. Gallen-Altenrhein in Switzerland and Friedrichshafen in Germany, on the two opposite shores of Lake Constance. The 20-kilometers crossing lasted just 8 minutes. The route has been canceled due to the low number of passengers, as many have given the preference to the car. With the 4 wheels, the journey lasts an hour, having to cross Austria as well. But of course you don’t need to arrive at the airport in advance, for the check-in and the security checks. 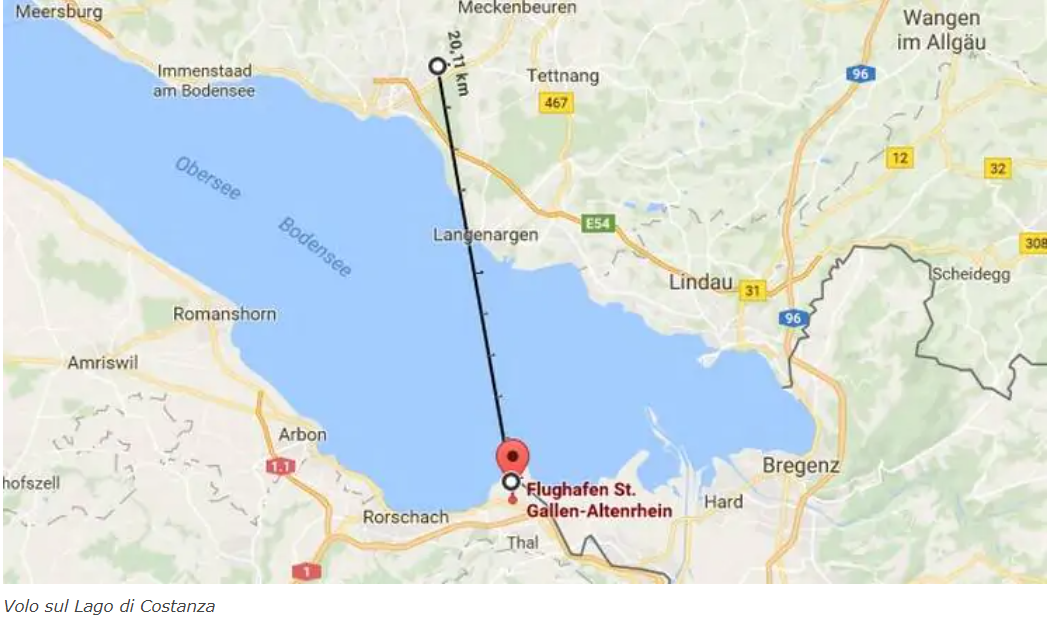 # The shortest flight with the largest plane in the world

In 2019, Emirates launched the world’s shortest flight with the world’s largest aircraft. The route is only 340 km long between the airports of Dubai and Muscat, Oman. But it is served by the Airbus A380 superjumbo which takes just over an hour to make the journey. The aircraft has three classes: 429 seats in Economy on the lower deck, 76 fully reclining seats in Business Class and 14 private suites in First Class on the upper deck. There’s a curiosity about this. The total length of the cables contained in the plane (about 500 km’s), is much longer than the length of the air flight between the two countries. 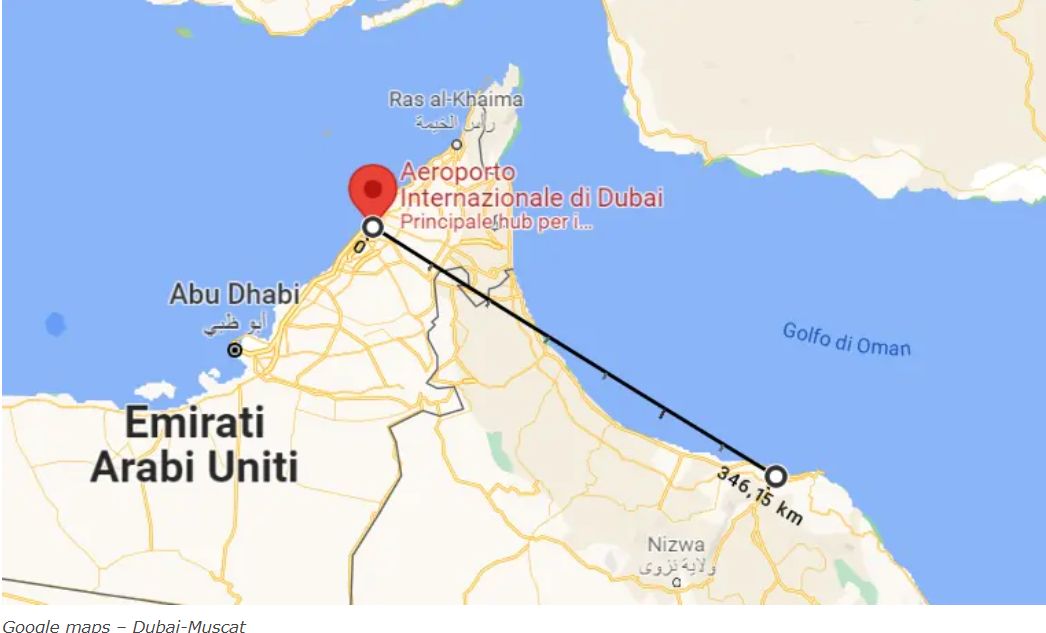