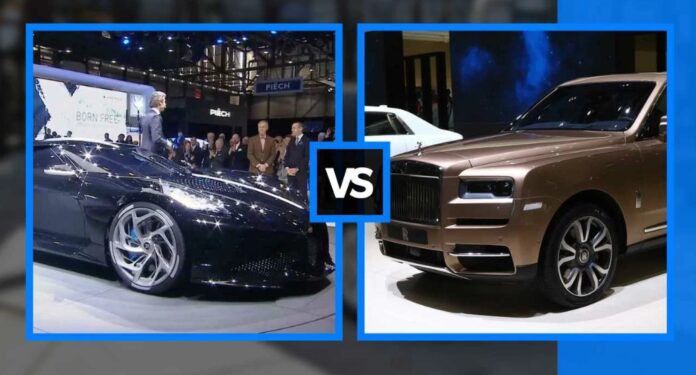 Fast as a plane, it costs like ten villas. It boasts golden forerunners and was produced in a single exemplary. Let’s discover the history behind Bugatti Voiture Noire, and how its ancestors were born under the Madonnina.

Most expensive car ever has Milanese origins

# Bugatti was born in France but has Italian origins. Too young to sign the first contract

Bugatti motor brand was created in France, but has Italian origins. In fact, is named after Ettore Bugatti, who was born in 1881 in Nova Milanese. When in Milan, Bugatti and his family lived in Piazzale Baiamonti 3, near the current Ceresio 7. After his studies at the Brera Academy, he tried his hand in 1898 with the construction of the “Tipo 1”, thanks also to the experience in Prinetti & Stucchi workshop in via Tortona.

“Tipo 1” was the first car ever to fit the tires of another Milanese company, Pirelli & C. Given the skills shown by young Bugatti, the Gulinelli Counts of Ferrari decided to finance the “Tipo 2”. A project, this, worthy of winning an award at Milan Car Show.

Such an acknowledgement opened to young Ettore the doors of Niederbronn, Baron Eugène De Dietrich’s plant, in Alsace. He was too young to sign a contract, so the father, Carlo, signed in his place. After various projects, yet, the Baron pulled back. Ettore found a new partner financier in Emile Mathis, a young entrepreneur from Strasbourg.

In the second half of the Twenties, young Bugatti set himself a new goal, which consisted in outclassing prestigious Rolls-Royce and Maybach. The output was the Bugatti Royale – or Bugatti Gold, for the gold parts of the prototype – still considered one of the most luxurious cars ever. Yet, not the most expensive, as Bugatti managed to outdo itself. But let’s proceed in order.

Bugatti produced six models of the “Royale” but, due to the ’29 crisis, sold only three. During Second World War, the family lost control of the company. To avoid its sale at auction, decided to sell it voluntarily, obtaining about 150 million francs. As many, but not as much: we estimate that the company real value was double, around 300 million.

On 21 August 1947, following an embolism, Ettore Bugatti passed away. In the year 2000 his name has been included in the Automotive Hall of Fame with all the major personalities related to the world of the automobile.

Since 1998, Bugatti is a brand of the German Volkswagen Aktiengesellschaft group, which created ad hoc a financial company, called Bugatti Automobiles. In 2019, in order to celebrate the 110th year of history of the brand, the company decided to produce the most expensive car in the world. The Bugatti Voiture Noire will cost 11 million euros, excluding customizations.

The Voiture Noure was made as a tribute to the “Atlantic Tipo 57 coupé SC 57”, and  presented at the 2019 Geneva Motor Show. Produced in a single example, it has a hand-made carbon fiber body and uses the same W16 quad-turbo engine mounted on Bugatti Chiron with 8 liters, 1,500 horsepower and 1,600 newton meters, capable of reaching 420 kilometers per hour (261 mph).