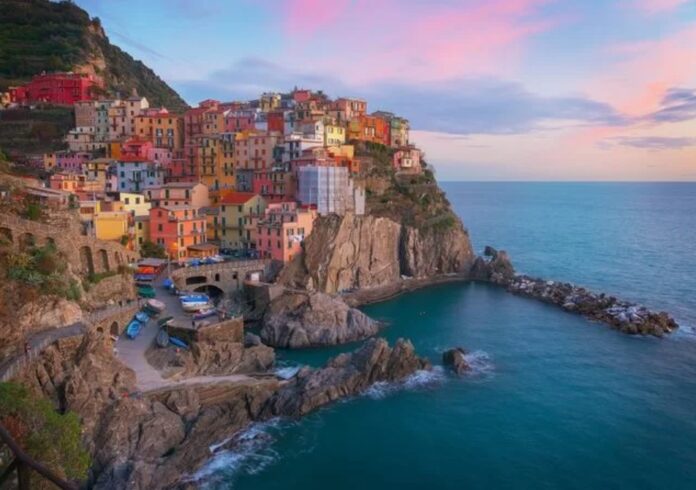 Get home at the price of coffee? Yes, it’s possible thanks to the campaign “1 Euro houses “. Here are the most beautiful villages where to make the deal according to this Italian site research.
For those who read us the initiative “1 Euro houses ” will not be a novelty: we have touched on it in this article.
Here are all the 13 most interesting villages where the initiative has taken place and how you can get a house at this amazing rate.

The project “1 Euro houses”  is an initiative spread throughout Italy that aims to repopulate some historic villages now abandoned but that deserve a second chance. The price of 1 euro is clearly symbolic: the houses, belonging to private individuals who can no longer pay taxes and levies, are sold by the Municipalities on the condition that they are renovated after the purchase.
Here are the 13 most interesting.

This town in the province of Foggia is also known as “Apulia roof” and to fight depopulation, the Municipality has offered for sale multiple properties with prices that differ depending on the type. The houses involved in the “1 Euro houses” project are obviously to be renovated, but there are also ready-to-use houses for sale up to 15,000 euros.
Although the call has been proposed since 2019, the project started this year and on the Municipality website you can find all the information (only IT language).

Elevated more than 500 meters and dominated by the Evoli Castle, there is the village of Castropignano. The town, in the province of Campobasso, is considered one of Italy’s most beautiful, yet it has been depopulating for years. In order to attract new inhabitants and to refurbish the historical center buildings, the Mayor has put on sale more than 100 real estates at the symbolic price of 1 euro. To have more information on the initiative of the Municipality, visit the web site (IT language).

The initiative has taken root also in the Italian peninsula extreme tip in the province of Reggio Calabria. The town selected to implement a repopulating is Cinquefrondi, in the heart of Aspromonte’s Range. The name might not suggest anything to you, but the small village is a paradise to the point of attracting the attention of CNN, which has even dedicated an article to it.
The 1 Euro houses are located in the old part of the village and to know how to win them just click here.

One of the latest new entries in the project is the town of Pietramelara, in the province of Caserta, which dominates the plain of the 5 castles from its top. The town has put up for sale a property at the price of a coffee and on the website you can find all the information and requirements, which, if you think about it, are very limited: it is sufficient to support all the expenses for the drafting of the transfer act, draw up a renovation and recovery project, start the works within a deadline from the date of purchase.

From the province of Caserta we move to that of Avellino, in Zungoli, a small village that from 2019 has begun to sell properties at bargain prices. Among history and nature you can buy houses for only 1 euro and all the information can be found on 1 Euro houses dedicated page.

Staying in Southern Italy there is the village of Sambuca in the province of Agrigento, in Sicily. The Municipality had started to put up for sale in 2018 as many as 17 properties for 1 euro and, after the first success, has decided to repeat the project in 2021. In these next few months will be available on the site the call to be able to attend and win a property at the price of a coffee in a beautiful corner of Sicily.

Let’s now move to Gangi, in the province of Palermo, where it is possible to buy a house for 1 euro as long as the renovation work begins within a year and is completed within 3. The aim is to repopulate but also regenerate the village from the tourist point of view and, for this reason, the call on 1 Euro houses website is also aimed at companies or those who want to open a hotel, a restaurant or a b&b in the small town.

In the province of Caltanissetta there is the town of Mussomeli, which hosts one of the most beautiful fort in Italy: Manfredonico Castle. Also here it has been decided to put on sale old uninhabited houses exactly in the historical center of the town. To have all the information just go to the section dedicated to the Municipality of Mussomeli in the site of 1 Euro houses page.

Another Sicilian village joining the project is Salemi, this one in the province of Trapani. The Municipality had already put properties up for sale at the symbolic price of a coffee 12 years ago and now the opportunity has come up again. Several houses will be put up for auction starting from auction base of 1 euro: at what price will they be sold?
More info on 1 Euro houses Salemi’s web page.

From Sicily let’s go to the other Italian island: Sardinia. Ollolai, in the province of Nuoro, has decided to participate in the initiative but with specific conditions. The Mayor explains the reasons: “Owners of unused or underutilized houses, for whom the property represents only a cost, give up their condemned houses at a cheap price to the Municipality that inserts it in the circuit of the1 Euro houses to promote new buyers who become owners, with the agreement to renovate and use them“.

After a virtual walk among the islands, we return to the mainland to go to Tuscany. The village of Fabbriche di Vergemoli, halfway between the Park of the Apuan Alps and Lucca, has decided to join the initiative to repopulate since at the moment there are only 779 people living there.
You can find all the information to buy here.

In the province of Grosseto you can find the village of Montieri, where the 1 Euro houses campaign was very successful in 2016 and was therefore proposed again this year. Unfortunately, it has recently ended but it could become active again in the short run. To keep an eye on the status of the project you can visit the dedicated section on the project website.

From Tuscany we go up the peninsula to stop in Piedmont, in Borgomezzavalle. Here, too, the Municipality has decided to combat the progressive decline in population and has therefore joined the “1 Euro houses” project. But that’s not all: the Mayor, in order to stimulate the start of new activities, he promised 2,000 euros for those who open a new VAT number and for newborns 1,000 euros, free kindergarten and refectory. All the conditions can be found on the project website.