Home Regions Europe You go in but never come out: the world’s most PARANORMAL FOREST 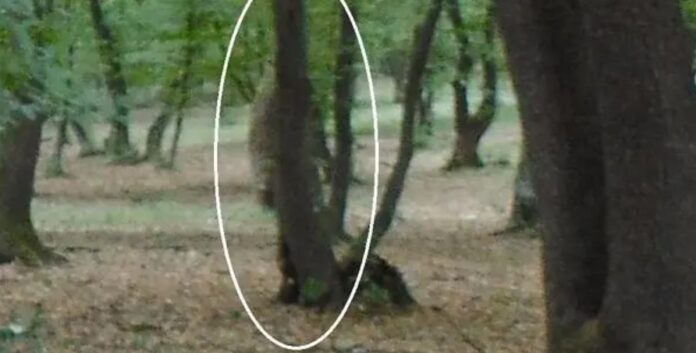 Is this the most haunted forest on the planet?

You go in but never come out: the world’s most PARANORMAL FOREST

# In the footsteps of theTransylvania’s legends

There is a Transylvanian Forest that neither escapes the fame of the Northern region of Romania nor the legendary history of paranormal phenomena occurring in the woods.
It is the Hoia Baciu forest, which extends its cloak of mystery over an area of 300 hectares near Cluj Napoca.

As if Transylvania’s fame is not enough, the Hoia Baciu forest is nicknamed the Bermuda Triangle of Romania for a series of phenomena that have not rational explanation.
This is Transylvania, after all; strange legends are the norm here, and the local population doesn’t shy away from the tale.

# “Stay away from that land”

Those who live in these parts avoid stepping foot in Hoia Baciu. For centuries a recommendation has been making its way to generations born in Cluj Napoca: “Stay away from that land, evil presences live there“.
To this day this very ancient warning is still sounded by the local people, with the intention of passing it on for centuries into the future.

The forest has a very curious appearance: although centuries old, the trees look young, have small and – in some cases – deformed, curved stems, with an unnatural appearance.
Not to be missed, in the heart of the Hoia Baciu forest, there is a circular area where no vegetation can grow.

Although the inhabitants have been passing down the reputation of Hoia Baciu for centuries, it’s only since the 1960s that the first documentary evidence of paranormal phenomena are available. Previous ones are in fact only in the oral tradition of the local people.
The stronghold is related to the disappearing of a shepherd with his entire flock of more than 200 sheeps, who entered the forest to graze and were never found. After the missing, residents of all nearby towns searched the entire area, but there was no further news of the shepherd and the animals.
Apparently, a group of farmers also entered these trees and never came out. Someone suspects they turned into those unnaturally shaped curved trees.

An unexplained incident happened to a woman who entered the forest with a 15th-century coin in her pocket found days later, she looked the same as when she disappeared, including the coin in the pocket.
Even stranger is the tale of a 5-year-old girl who was lost in Hoia Baciu. For years there have been those who swore they heard the screams of a little girl in the forest. Perhaps is that 5-year-old girl who disappeared in the forest and that was found 5 years later. After all that time she was wearing the same clothes as on the day of her disappearance and, more importantly, with no sign of the time that had passed.
For some strange reason the little girl was convinced that she had wandered for a few hours, while 5 long years had passed.

# The forest is also home to UFOs

Hoia Baciu is also one of the places where UFO viewings are better supported from evidences. The first records date back to August 1968, when former officer Emil Barnea took a photo of a mysterious rounded flying disk sighted in the sky above the forest.
Barnea’s photo later became famous, the subject of in-depth studies by the international community.

The director of the Cluj Observatory said at the time that it was an image of a balloon, captured from a particular perspective.
However, experts judged the photo to be authentic, indispensable evidence for anyone who believes in UFOs and the connection with extraterrestrial life forms.

Those who venture nonetheless into the Hoia Baciu forest recount their strange sensations.
There are those who feel they are being watched, who notice strange presences huddled in the foliage of the trees, those who report a general ache and a disabling headache, and those who have burn-like rashes.

The first to notice these rashes, was biologist Alexander Sift. He went to the circular clearing to study the infertility phenomenon of that portion of the forest and developed burns and had a high fever for over 2 weeks.
Returning to the area determined to find an explanation, he discovered high levels of radioactivity. Uranium in the subsoil, could be responsible for the keratosis.

Then there are images of photographs to the landscape, portraying faces, human and creepy, taking shape in the trees or suddenly appearing.
There are tales that with the dawn, a strange fog rises in the forest and, with it, hundreds of green eyes pop up.

Lastly, there are also those who are not impressed by these tales, and choose Hoia Baciu to go on outdoor excursions or to practice a large number of sports activities, thanks to a bicycle path, fields equipped for sotfball and archery.
Perhaps with the hope of witnessing a paranormal phenomenon, but not as protagonists of disappearances, of course

Continue reading: A SUBMARINE PYRAMID: is it ATLANTIS?