Home Experiences The 5 most ROMANTIC MICRONATIONS in the world 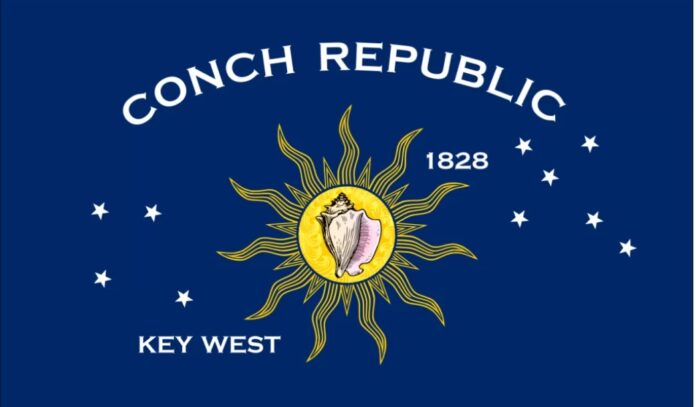 The need to escape from the rules imposed by society and the desire to savor the taste of freedom and autonomy have given rise to micronations, small territories that would like to be recognized as independent states. Let’s go and discover the most fascinating ones.

The 5 most ROMANTIC MICRONATIONS in the world

# 1 Republic of Conch: a state in response to a roadblock

The Republic of Conch is located on the island of Key West in Florida and is famous for the way it was born. In 1982, the US Border Patrol established a roadblock on the road to Key West. All travelers were searched for drugs or immigrants and this severely damaged tourism to the city. When the City Council of Key West denounced the fact and received no response from the US federal government, the mayor declared the independence of the city: it was April 23, 1982. The checkpoint and inspection station were removed but the city has become even more famous and today attracts many tourists.

# 2 Principality of Hutt River: a farm that has become an autonomous province

Hutt River was considered the most populous micronation (13,000 inhabitants), located in Western Australia. It declared itself an autonomous province on April 21, 1970 due to a grain production dispute between landowner Leonard Casley and the Australian state. The principality recognized Queen Elizabeth II as its head of state, while the head of government was Ian Casley. The province had its own Mint, a postal service and special license plates for cars. On 3 August 2020, however, the micronation officially dissolved.

Akhzivland is located between Nahariya and the border with Lebanon on the west coast of Israel. The micronation was founded by the holy man Avivi, in response to the Israeli government that had sent bulldozers to demolish the house where the holy man lived. This was supposed to be a place of peace and carefree but over time it has attracted many tourists who have spoiled the wild atmosphere of the place.

# 4 Ladonia: an artist’s protest can create a micronation

We are in Sweden, where in 1980 the Swedish artist Lars Vilks created two sculptures within a nature reserve. When a few years later the local council found the works, they decided to demolish them. The artist did not react calmly to the destruction of his work and so he decided to fence off the area and declare the independence of that place now known as Ladonia. Today the state is a constitutional monarchy and has about 17,000 citizens, but none of them are residents.

# 5 Republic of Whangamomona: born from the rivalry of two Rugby teams

Whangamomona is a city-state in New Zealand, in the Stratford District. In 1989 New Zealand redesigned its regional borders: Whangamomona was to be part of the Manawatu-Wanganui region, but the residents wanted to continue to be part of the Taranaki region. The main reason? The rivalry between the two regional rugby teams. On 1 November 1989 they therefore declared independence. The city continues to celebrate “Republic Day” annually and at the same time democratically elect the president.